I know. There are a lot of big words in the title. 😉 Essentially, today I will be sharing you some things I wrote in my novel, Ivy Inquisitive, during NaNoWriMo 2015 that aren’t quite … right. 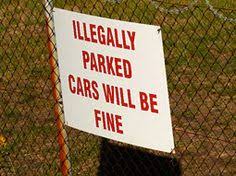 ~ A few of my favorite typos ~

Miss Selle greeted him at the girl.

Yep. At Miss Selle’s Boarding School for Girls, they have a girl instead of a door. You see, this “girl” hangs in the doorway – er, girlway – and blocks out the wind and unwanted intruders. Then, when you want to let someone in, you open the girl.
Think about that for a minute. It’s a pretty weird mental image.

At first glance, this may look pretty normal. However, one little word is off. That’s right, you guessed it! “Process” instead of “progress.”
Process: a series of actions or steps taken in order to achieve a particular end.
Progress: forward or onward movement toward a destination.
So, though “process” and “progress” are similar (and perhaps this was more of a me-being-stupid than a typo), they aren’t the same and during NaNoWriMo, I didn’t know that.

They went to the store to buy some money.

“Here’s a bottle of milk! Can I have a couple bucks?”
“There you go. Here’s your money, just give me a second while I get your change … about a half a cup, right?  … hey, wait a second! This is counterfeit dairy! Stop thief!”

… ordering that every hound possessing the slightest sense of felt should be found and set to the task of locating his daughter.

Because, when you’re hunting a lost little girl, a hound’s sense of feeling is the most important.
“Come on, Rover! If you feel around long enough, you’re sure to find her!”

Riley stood up and walked away, running his hands through his head until it stood on end.

He ran his fingers through his head. He must be a ghost. Which would make sense, considering the fact that he was born in 1853, 163 years ago.

And … I think that’s enough embarrassment for one day. 😉 Did you enjoy my mistakes? Have a favorite? Have you ever made any similar typos in your writing?
And, to balance out the negativity, my favorite paragraph from Ivy Inquisitive (draft 1) that I’ve found so far:

Mr. Knight says: “Mrs. Manning, those of the lower class often use that word as if it were some terrible plague that they fear will come upon them if they accept a little help from a Christian brother. They probably got the idea of the nonexistent Charity Plague from their own personal demon who insists that they’re not quite low enough to humble themselves.”

Oh, and one more thing (this is the last one, I swear). I’ve been reading over the first draft of Ivy Inquisitive (as you can tell) … and mixed in with the bad is a little bit of good! It’s not as hopeless as I thought! So perhaps I’ll be doing a little more editing – and a little less rewriting – than I thought, God be praised! 🙂
~Kellyn Roth