The Evil Subplot of Doom

Subplots are very important to many – most – books.

What should a subplot do? 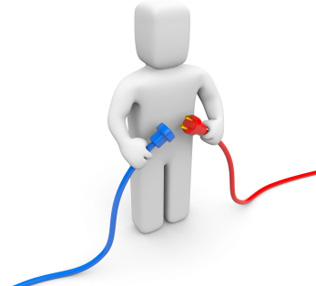 A few Do’s and Don’ts

Do create subplots that involve secondary characters. Don’t create subplots that involve characters that have nothing to do with the main character.
Do use characters, settings, and events that overlap. Don’t use characters, settings, and events completely unrelated to the main plot’s characters, settings, and events.
Do use the subplot to create anticipation and foreshadowing. Don’t pull the reader away from the main plot for too long.
Do make subplots interesting, creative, and three-dimensional. Don’t make subplots too complicated so that your readers will get lost in them.
Remember, the plot that really matters is the main plot. Remember that, though subplots can be very useful device’s for an author, they are also, after all, only subplots.
I used to put way to many subplots into my novels (and still do sometimes).
One example is a novel I wrote several years ago, The Heirs of the Trunk. I was recently going over it, and I realized that the main plot had become completely buried in subplot after subplot after subplot! It wasn’t a very good plot to begin with … but it was completely ruined by the many rabbit trails I surrounded it with.
Oftentimes a subplot should be made into its own novel … not included in another, suffocating both that plot and the one it’s trying support.
To sum up, subplots can be a blessing or a curse, depending on how you use them. So use them correctly! 😀
Until next time,
~Kellyn Roth, Infamous Subplotting Author