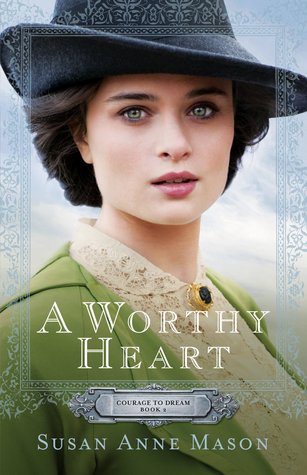 Can an Irish Lass with a Dream for America Find True Love?

Maggie Montgomery’s long-held wish to see America is finally coming true. She’ll visit her beloved brother Rylan and his wife, Colleen, and at the same time, escape Neill Fitzgerald’s unwanted attention. In addition, Maggie has a secret! She plans to remain in America to seek her fortune and to hopefully find love. While visiting Irish Meadows, she meets an intriguing man whom she thinks is a stable hand. Only when Rylan demands she stay away from Adam O’Leary does she realize he’s Colleen’s brother, recently released from prison. Nonetheless, Maggie can’t seem to make her heart conform to her brother’s request.

Adam O’Leary has never felt worthy of his place in the family. Spending time in jail only reinforces his belief. Now that he’s free, Adam hopes to make amends and earn back his family’s trust. Falling in love with Maggie Montgomery, however, was never in his plans.

Despite everyone’s effort to keep them apart, the two develop a bond nothing can break–but has Adam truly changed, or will the sins of his past prove too much for Maggie to overcome?

A Worthy Heart is way better than the first book in this series, Irish Meadows. I really enjoyed this one … I couldn’t find anything in it that led me to give it less than 5 stars, so I gave it just that.

The plot was thoroughly entertaining. Maggie Montgomery, Rylan’s little sister (you remember Rylan from Irish Meadows, right? <3 ), comes to America from Ireland with her big brother Gabe to visit her other older brother and to escape the unwanted attentions of her former fiancé, Neill Fitzgerald.

There she meets her sister-in-law’s brother, Adam O’Leary. She finds herself attracted to him, but her protective brothers warn her not to go anywhere near Adam; he just got out of prison after three years. He’s reformed, but even repentance can’t erase past sins … at least in society’s opinion. Nevertheless, Maggie is determined to keep meeting and talking to Adam, determined to give him a second chance at all costs.

But that’s not all! Half-insane Neill has followed Maggie from Ireland and seems determined to whisk her off to their homeland … whether she wants to or not!

Some of the subplots (well-done, by the way, adding not subtracting to the main plot … though I prefer books with more than on plot line) are the romance between Gabe Montgomery and Aurora Hastings and more time spent with Colleen and Rylan at the orphanage, thank goodness. In fact, one of the reasons I liked this book so much was because of the attention paid to Colleen and Rylan.

I just love these characters (no, not just because they have awesome names …), and I was so excited to read more about them! Although my fear of suffering through more Brianna and Gilbert kept me away from reading this book for far too long. 😉 Thankfully, Brianna and Gilbert were barely paid attention to.

Anyway, the way Colleen and Rylan ended up at the end of this book was incredibly satisfying.

The characters were great. Maggie was a strong, sensible, sweet female lead, Adam was a great guy doing his best to get on his feet after three years in jail. I really liked the whole redemption theme with him. And who doesn’t love a guy with bone-melting kisses (see more about this subject in writing section)? Also, Adam isn’t who he seems to be. This was sad, but it was good and explained some things. Like Mr. O’Leary’s hatefulness. It makes sense now, in part.

Gabe and Aurora were also good, believable characters, but Colleen was still my special favorite. And I also liked Neill. I mean, I absolutely hated him … I wanted him to die. He’s an insane psychopath and I detest his despicable hide. What I mean is, he is an awesome villain. He’s so creepy and evil and … awful. I just love his vileness. XD

The writing was good for the most part. A couple kisses were described … humorously. As in bone-melting kisses. *giggles* I just can’t get over that … it’s so hilarious.

I loved the setting still. Early 1900s has been one of my favorites since Betsy-Tacy.

3/5. Parental guidance suggested for younger teens. No sexual content other than some kisses which were somewhat described. A mention of a woman being “taken advantage of” by a man, no details. A prostitute leaves her baby at the orphanage. Not talked about too much, although Adam looks into it to see if the baby can’t be reunited with her mother, visiting a disreputable tavern during his search. No language.

p.s. I’ve started a new content-rating system, as you can see. 🙂

She is a member of the American Christian Fiction Writers (ACFW) and the Romance Writers of America. Her association with such amazing groups of people has been the biggest asset toward learning her craft.

Home for her is Brampton, Ontario, Canada (near Toronto), where she lives with my husband, our two children, and two cats. Her day job is a part-time secretary at a local church. In her spare time, she likes to read and research her family history on-line.