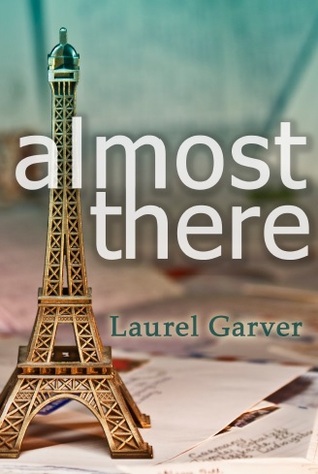 Paris, the City of Lights. To seventeen-year-old Dani Deane, it’s the Promised Land. There, her widowed mother’s depression will vanish and she will no longer fear losing her only parent, her arty New York life, or her devoted boyfriend.

But shortly before their Paris getaway, Dani’s tyrannical grandfather falls ill, pulling them to rural Pennsylvania to deal with his hoarder horror of a house. Among the piles, Dani finds disturbing truths that could make Mum completely unravel. Desperate to protect her from pain and escape to Paris, Dani hatches a plan with the flirtatious neighbor boy that only threatens the relationships she most wants to save.
Why would God block all paths to Paris? Could real hope for healing be as close as a box tucked in the rafters?

Almost There is a descent contemporary Christian fiction novel about a teenage girl who wants nothing more than to get her mother away from the hustle and bustle and pain and terror of their life and take a trip to Paris which, she is sure, will heal all her mother’s old wounds.

I’ll start with the plot. It was original and well-paced; it kept together and ended perfectly. I found the subplot with Laughlin to be a little distracting … and it made Dani sound a little … I don’t know, shallow. Perhaps that’s not the right word, though. I’ll talk about it more in the character section.

However, for the most part, the subplots were nice and didn’t interrupt the main story too much.

I especially liked learning about Dani’s grandfather Daniel Tilman’s backstory. It was creative and dramatic and perfect. It touched my love for sadness just right. I know that sounds ridiculous – a love for sadness. Maybe I should say I was empathetic, but it’s not completely true. I do love sadness in novels … you know, as long as there’s a happy ending. Happy-ending dramas are the only ones I can bear. 😛

The characters were well-developed and believable, even the most minor ones. I felt like they could be real people. How they functioned, how they talked, the way they reacted to what was happening in the present and what had happened in the past all made perfect sense. I found some of the teens to be a little dramatic – perhaps more-so than was realistic at times – but it didn’t bug me too much. Drama isn’t necessarily a bad thing. 😉

I won’t go into every single one of the characters. They were all unique individuals who added spice to the story. Seriously, guys. Why do you need me to tell you all the details? Just reading the book! 😀 But I will talk a bit about Dani, our POV (point-of-view) character.

Dani was interesting. I really emphasized with her … I make plans all the time that don’t go through the way I want them to, and it’s so frustrating! But you do have to trust God to make the plans, and it was cool to see Dani learn that. She was pretty immature at times – one word: “Laughlin” – but I suppose that’s realistic considering the fact that she’s only seventeen AND super-stressed.

The writing was reasonably good. It flowed naturally and kept my attention. I would have liked a little more description, but that may have just been me.

This novel has a wonderful message about listening to God’s plans for you instead of trying to push your own when they’re obviously not going to work.

One more thing before I move go on to the ‘content’ and ‘rating’ sections … Dani and Theo’s relationship kind of made me uncomfortable at times. I mean, sure, it was cute … but the thing is, they’ve agreed to stay pure until after they’re married, and this was mentioned several times. I get it. You’re doing the right thing, and I totally commend you for that! But let’s just not TALK about it!

2.5/5, some parental guidance suggested for younger teens. No language unless you count ‘gosh’ and similar euphemisms. A couple of the characters smoke, mentions of drug-use, mentions of adultery and divorce (all treated as wrong, though, I believe). Theo and Dani have decided to stay pure until after they’re married and this is mentioned several times. Some kissing, next-to-no details.

**I received a free copy of this novel in exchange for an honest, unbiased review** 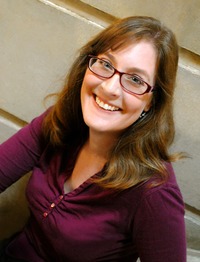 Laurel Garver holds degrees in English and journalism and earns a living as a magazine editor. She enjoys quirky independent films, word games, British television, and Celtic music. She lives in Philadelphia with her husband and daughter.