Hi guys! I won’t be online for most of this week (we’re  going camping!), so there will be no posts Tuesday or Wednesday, and probably not Thursday either. We’ll see about Friday. Maybe an excerpt of The Lady of the Vineyard (which, by the way, I’ll be publishing September 10th of this year!), but we’ll see. 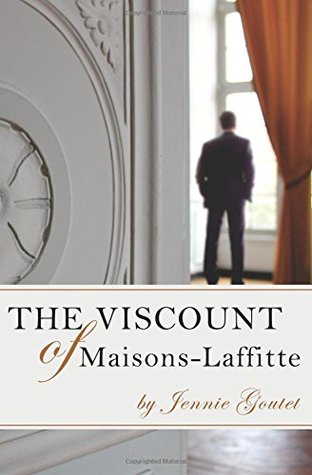 Is there such a thing as Prince Charming?
Chastity didn’t take a teaching job in France to find hers, but a woman can dream, n’est ce pas?

If the father of one of her students—the Viscount Charles Jean Anne Monorie de Brase—is the best local example of princes, Charming or Otherwise, Chastity is ready to put aside any thought of falling in love again.
As much as she would prefer him to keep his distance, it seems there is no avoiding each other. With the ongoing pressure of a repentant ex-boyfriend, a nefarious drug dealer, and an art heist that spans the decades, Chastity and the viscount are thrown together by circumstances she would soon rather forget.
As the intimacy between Charles and Chastity deepens, they must decide if their love is enough to bridge the gap between their disparate worlds, and if happily ever after can exist outside of fairy tales.

Absolutely charming! Couldn’t put it down. A beautifully written romance with nice subplots of an art thief, a drug dealer, and a father reuniting with his son. It flowed naturally and gave me a nice weekend read. I thoroughly enjoyed it.

Chastity is a single, American mom working in France as a high school teacher. Charles is a rich viscount with a teenage son who he barely knows.

When Chastity and Charles first meet, there’s a Pride-and-Prejudice-reminiscent thing going on between them. She’s the pert, overbearing schoolteacher; he’s the snobbish, gets-everything-he-wants-whenever-he-wants-it viscount. How could these two ever get together? Yet none-to-ideal circumstances throw them in each other’s paths again and again.

I liked Chastity a lot. Her motivations all made sense to me – I even emphasized with her at several points – and it was nice how her decisions usually didn’t drive me crazy (as in “NOOOOOO DON’T DO THAT!!!” … all us readers know the feeling!).

I liked Charles a lot, too … maybe even more than I liked Chastity! I also liked Chastity’s son, Thomas, although I found him a bit too mature … maybe a wee bit unbelievable? The minor characters were great, too … I liked how some of the other teachers were so supporting of Chastity! Especially Maude.

As I’ve said before, the plot was wonderful! I sooooo did not see that twist at the end! I don’t know if that makes me an idiot (once it was revealed, I was like “*facepalm* Yesss, I knew that!!!”), but I didn’t see it coming! The subplots were also great, adding nicely to the main story.

The writing was mature in style (not as-in a ‘an adult wrote this so it must be mature’ … even adults can write immaturely … writing oftentimes doesn’t reflect on the person’s age at all!). Nice balance of description vs. action vs. dialogue. Maybe a little more description would have been nice (MORE FRANCE PLEASE!!!), but perhaps it would have drowned the story. Hmm. I don’t know.

The setting … well, it was France. I would have liked a little more on the setting. I got the idea that I was somewhere other than America, but other than that I didn’t get a good idea of where we were. Of course, I knew that the novel was set in France, but … a little bit of ‘world-building’ would have been nice.

Overall, a wonderful novel that I enjoyed for start to finish! Worth the read for lovers of romance, contemporary fiction, France, and … books in general. 😀

2.5/5, parental guidance suggested for preteens. Some drug use (next-to-no details, not glorified at all), a child (Thomas) was born out of wedlock (no details), some violence (no blood and gore, might creep out extremely, extremely sensitive people a little … though if it does, I reserve the right to call you a wuss). Overall, clean for high school teens.

Jennie Goutet is the author of romance novel, The Viscount of Maisons-Laffitte, as well as the award-winning memoir, Stars Upside Down, and the children’s book Happy People Everywhere. She is a contributing author to Sunshine After the Storm, and That’s Paris – an Anthology of Love, Life and Sarcasm in Paris. She was a BlogHer Voice of the Year pick three times, and her writing has appeared on Huffington Post, Queen Latifah’s website, Mamalode, BonBonBreak, and BlogHer.
You can find her on her author website, jenniegoutet.com, or her blog, aladyinfrance.com, where she writes occasionally about faith, food, and life in Paris with her husband and three children.