The Movement of Crowns by Nadine C. Keels

The Movement of Crowns by Nadine C. Keels 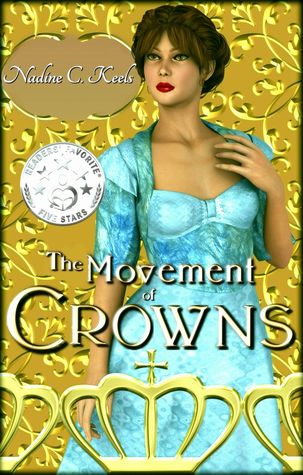 When kingdoms’ ideas of humanity differ…

The nation of Diachona is celebrating the twentieth birthday and rite of passage for Constance, the Diachonian king’s daughter and heir. Yet, the pause for festivity doesn’t erase collective doubts about Constance’s aspiration for a place with the men on the National Council, nor does it eliminate fears roused by oppressive threats from a neighboring, powerful empire. Amid increasing rumors of war and personal misgivings about her own future, Constance deems this an inopportune time to be falling in love with one Commander Alexander. Will Providence keep them all through international tensions and the changing of times, or is Diachona watching its territory in vain?

It was refreshing to read a fantasy with no magic in it. I enjoyed it a lot, especially since I’m not a fan of dark magic or high/epic fantasy. I couldn’t put it down, quite honestly, because, even without the actual thing, Nadine C. Keels managed to make this an absolutely magical story.

In general, The Movement of Crowns was a pretty good book. It was an novella, but I feel like there could – and should – have been more, which is why it didn’t get five stars.

I wish the plot had been slowed down, and that the ending weren’t so … well, a bit anticlimactic. However, I did enjoy it.

The character were enjoyable, understandable, and in general complex and real. I liked Constance a lot and got to know her very well, and, of course, I liked Staid (Commander Alexander). He was very interesting.

I didn’t really under the Queen. Perhaps everything that happened with her was a little sudden? Still, that was a cool subplot.

Overall, I enjoyed this novella, but felt that the pace was a little out of whack.