The Movement of Rings by Nadine C. Keels

The Movement of Rings by Nadine C. Keels 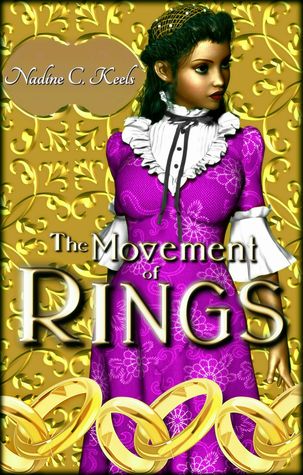 A time to remember what lies deeper than one’s fears…
The Mundayne empire has seen years of prosperity under the rule of King Aud, a man of war known the world over for his ruthlessness. Naona, a high-spirited imperial servant who holds Aud’s favor, occupies herself with pulling pranks on her peers around the king’s estate, but the time for laughter spoils when the citizens of Munda begin to oppose increasing taxation. After meeting the princess of Diachona, Naona finds herself having to choose between maintaining loyalty to her king and becoming a personal ally of another nation. With the rise of unrest in Munda, can Naona’s heart survive intact: intact enough, even, for an unforeseen chance at love with a foreign man?

It took me a little while to get into this one (I didn’t want to meet a new character; I wanted to reunite with the old ones!), but once I did, I really enjoyed it. It was interesting to see a Mundayne’s perspective on the war with Diachona.

The world-building was very complete. I got a great idea of the culture of Munda. I kind of want to go visit there now … it sounds really interesting.

The characters were developed and believable. I would have liked to know a wee bit more about them at the beginning, though (as I said before, it got off to a ‘slow start,’ at least in my mind, because I was unwilling to leave Constance. 😛 ).

I really liked Naona’s love interest, but it was upsetting to have him appear so late in the story. I don’t think their relationship got time to unfold as nicely as I would have liked it too, and I feel like their problems were resolved too quickly, too easily.

This novella was a little fast-paced, but that’s to be expected.

Because of those problems, it didn’t quite make four stars. However, it was a great book, and once it got going, I really liked it. The plot was entertaining and kept my attention well. I really got sucked up in the drama and excitement! And Naona was a lot of fun. 🙂

I’m sorry for the review being so short. I often find less to say about a novella than about a full-length novel … which is funny, because they’re pretty much the same. Just a little shorter. I should find about as much to say, but I don’t. Must be in my head.