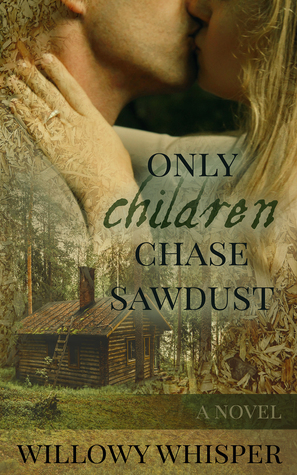 Their whole life turned to sawdust and blew away . . .

Please don’t leave me, Jacob. I need you. I know you’re grieving. Maybe we all are. But you’re chasing something you’ll never catch . . . and we both know you won’t come back alive.

I wasn’t sure what to think of this novel when I first began it. The author doesn’t really even offer us a synopsis to go off of! However, I read it in an afternoon. It wasn’t the best story I’ve ever read, but it was really good.

This is the tale of a young couple who must recover from an Indian massacre during which most of their loved ones were killed. Jacob, the husband, leaves Annie in the care of some military men to go preach salvation to the Indians.
The plot does seem to rush or slow down unnecessarily in a couple places, but I really did enjoy it. It was both sweet and heartbreaking. There were times when I was close to tears, which is rare for me.

Jacob: I was really skeptical of his choices from start to end. I knew it was the right thing to do, but like Annie, I just wanted him to stay!
Annie: *breaks out the tissues and comfort food* My heart is broken. I may never recover. *sobs* Also, Annie and Jacob were so cute together. Just sayin’.
Akando: his development happened too fast, but he was a great character nonetheless. I just wish a little more time could have been spent on his development.
Obadiah Clark: oooh, I could kill this man! I really wish I could. Except that would be wrong. But he’s a fictional character, so … *considers the jail fines for killing a fictional character* *realizes I have killed several fictional characters* *shrugs*
There were several other characters, but I won’t mention them because I don’t want to write an overwhelmingly long review. They all seemed well-developed to me, however.

This is the real failing-place of the book, in my opinion. There just wasn’t enough focus on where we were. It made no impression on my brain if the time or place were ever mentioned.
It might have been nice to see dates at the beginning of the chapter or something similar. Just so my mind would know where it was supposed to be.

I really enjoy Willowy Whisper’s writing style, and this was no exception.

I really did enjoy the themes of forgiveness and spreading the Good News (even to your enemies), but occasionally it seemed like the Christian content was a little bit forced. Still, great themes. I wish I was as brave as Jacob!

Language: n/a
Violence: a massacre and Indian torture methods are described in some details,  people die or almost die, murder (apart from the massacre) is attempted
Sexual: kisses between a married couple, mentions of pregnancy and childbirth (few to no details), a man pushes himself on a woman repeatedly (not as in rape or anything like that, but as in persistent courtship which is almost inappropriate)
Also some drunkenness, few details. Rated PG-13 for violence.

This is a great book, and I’d recommend it to any lover of Christian historical adventures. There were a few short-comings, but they weren’t overwhelming and in no way detracted from my enjoyment of the story.