The Child from the Sea by Elizabeth Goudge

Today, I’m going to be writing a review in a more freestyle format. I read this book for school, and I kind of enjoyed it … and kind of didn’t.

The Child from the Sea by Elizabeth Goudge 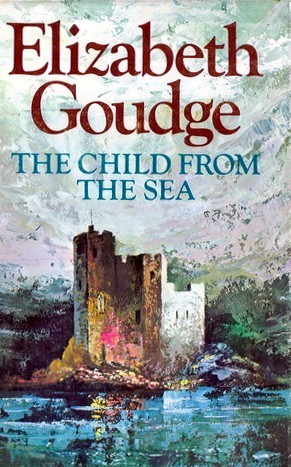 The Child from the Sea by Elizabeth Goudge is a decent book. It’s ridiculously long and boring, but the ending was satisfying, in a way, and the story wasn’t all that bad. The characters were all developed to an extreme, as with all of Goudge’s books, and the description was amazing.

This is the story of Lucy Walter-Barlow, mistress/wife(?) of King Charles II of England. It begins with her childhood and goes until her death at the age of twenty-eight. I think most of it is fact, although some may be fiction. Goudge herself states in the forward that very little – if anything – is known of Lucy’s childhood, and the lines between fact and fiction have been blurred in other places as well.

However, it is known that she was born in Wales, in her father’s castle, Roche, around 1630. It is also known that she moved to London in 1644 when parliamentary forces destroyed her home. It is said that she seduced Charles (and was not a very good girl before that), but Goudge doesn’t portray her that way. She bore him a son, James (nicknamed Jackie). However, there is really no way around Lucy’s affair with Theobald Taaffe, 1st Earl of Carlingford, and her subsequent child, a daughter named Mary.

After this, Lucy’s life really began to crumble (as one’s life will when one gets into that kind of thing). She discovered that her marriage to Charles wasn’t legal (if, as Goudge says, there was a marriage), and he didn’t want to have anything to do with her anyway. A few times they seemed almost to reconcile, but that never lasted long.

Goudge portrays Lucy as wronged. I don’t know if I agree with that or not. It seems like Lucy could have been the victim … but it seems more likely to me, based on other sources, that she wasn’t. On the other hand, perhaps it was simply Charles’s enemies – those who wanted the throne for themselves – who made Lucy Walter-Barlow seem this way. But her actions do speak of something less than undying devotion to Charles, if I were completely honest.

As I said before, the character development was incredible. Of course, as is Goudge’s style, this is due to the omniscient POV and show-not-tell-ing more than anything (though, of course, the characters’ actions speak loudly, too). Goudge pulls this off very well, and I really do love her style. She’s one of my favorite authors.

What else is there to say? This was a life story, so no real dramatic arch, although the ending was quite satisfactory. The last two chapters were especially touching. It was heartbreaking, but not in an unsettling way.

So, would I recommend this book? Well, if you’re studying this era, definitely. If you have a lot of time on your hands, probably. If you love Goudge, yes. However, I don’t think it’s her best work. It’s quite lengthy and pretty boring. I feel like it could have been shorter and included fewer political details. But it really is a historical work.