Hannah’s Moon by John A. Heldt

Hannah’s Moon by John A. Heldt 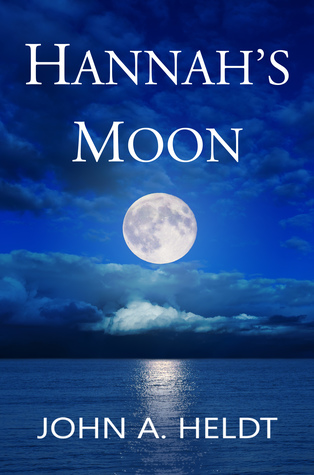 After struggling for years to have a child, Claire Rasmussen, 34, turns to adoption, only to find new obstacles on the path to motherhood. Then she gets an unlikely phone call and soon learns that a distant uncle possesses the secrets of time travel.

Within weeks, Claire, husband Ron, and brother David find themselves on a train to Tennessee and 1945, where adoptable infants are plentiful and red tape is short. For a time, they find what they seek. Then a beautiful stranger enters their lives, the Navy calls, and a simple, straightforward mission becomes a race for survival.
Filled with suspense, romance, and heartbreak, Hannah’s Moon, the epic conclusion of the American Journey series, follows the lives of four spirited adults as they confront danger, choices, and change in the tense final months of World War II.

I don’t know what to say about this novel. It was amazing, yes, but I don’t know if I can put that amazingness into sentences that make a lick of sense. But I’m going to try, and hopefully I’ll be able to do this book justice.

Let me just say, before I delve into each individual aspect, that it is an amazing book. I cried, I laughed, I shivered – from fear, from worry, from excitement. It’s threatened Indiana Belle‘s place as my favorite Heldt book!

Incredible.
I’m not going to attempt to recap this book (I rarely do that; it’s just not my style), but let me just say that all the twists and turns were quite amazing. I can honestly say I didn’t see most of the plot twists coming, and even the smallest changes kept me spinning, excited to keep reading, not wanting to stop.
Also, the ending … I don’t want the American Journey series to end, but let me just say, that the final plot twist + seeing all the characters I’ve read about in previous books again if only briefly + how it concluded the series was pretty awesome!
Also, it was pretty clean (that I remember). Which is something I’m technically supposed to talk about later on, but, well, it bears mentioning twice.

I felt that every character in this book was well-developed and interesting. A few of my favorites were …
Margaret: I loved her to death. Her backstory was heartbreaking, but it really added depth to her character. Also, she was just a sweet, friendly lady. Technically, the main story didn’t revolve around her, but she was a great sideplot.
David: David is awesome! He’s one of those guys you root for and yet want to push into a creek or something.
Claire: Because she’s just so sweet. And I feel so awful for her, poor dear, or at least at the start of the book.
Ron, I’m not putting up there because he annoyed me. He did some pretty stupid things, even if he did them for the right reason. I was impressed with his fortitude in certain situations, though.

I felt that John A. Heldt did a great job researching for this book and putting that research into this fictional world.
(Minor spoilers!)
One of my favorite parts were the details about the Indianapolis. I am by no means a WW2 buff, but I do know a ton (and I’m not exaggerating) about the USS Indianapolis. Possibly because of Jaws and the sharks. Okay, mostly because of Jaws and the sharks. *sigh*
Also, am I the only one who was just a little disappointed that there was no Jaws reference? That would have been a perfect way to warn Ron. Ah, well, I can go write my own book if I want to use that. 😛
(End of minor spoilers!)

I thought it was quite well-written. I don’t know if it’s proper reviewer protocol to say this or not, but I really see how the author’s prose, dialogue, etc. has improved from book to book, which is just fun to see.

Language: some language, including a few instances of d**n and h*ll as well as possibly oh my g*d (although it’s been a while since I read it). Pretty infrequent.
Violence: talks about the war, people dying, etc. A semi-detailed account of the sinking of the USS Indianapolis and what the survivors experienced. A fight in an alley, described in a little detail.
Sexual: several kisses, some a little bit detailed (but not much). Claire and Ron have suffered numerous miscarriages and a stillborn child. Margaret and David kinda-sorta have a romance while Margaret is engaged. Margaret has a backstory; (spoilers ahead) she got pregnant out of wedlock; she gave her child up for adoption. (end of spoilers)
Other: much sadness and drama. *couldn’t think of anything else to put here*
Overall, it was pretty clean. I wouldn’t recommend it to younger teens, but I think anyone about 15+ would be able to handle it.

I’m starting to feel a little guilty about not thinking up something negative to say about this book, but I honestly can’t! It’s a little heavier than the other Heldt books, but it’s really, really good. Heartbreaking … and yet leaves you with a satisfied feeling.
Hmm … I guess it’s not out in paperback, so I could moan about that a little. I really want to own a physical copy! 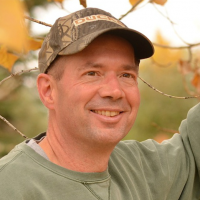 John A. Heldt is the author of the critically acclaimed Northwest Passage and American Journey series. The former reference librarian and award-winning sportswriter has loved getting subjects and verbs to agree since writing book reports on baseball heroes in grade school. A graduate of the University of Oregon and the University of Iowa, Heldt is an avid fisherman, sports fan, home brewer, and reader of thrillers and historical fiction. When not sending contemporary characters to the not-so-distant past, he weighs in on literature and life at johnheldt.blogspot.com.

Have you ever read anything by John A. Heldt? Do you enjoy time travel fiction? What about WW2 fiction?