Why I Do Halloween

*deep breath* Okay. Here we go.
I know I’m going to offend a lot of my Christian friends. I might even lose some followers over it. But I feel a need to summarize all my thoughts on the subject into one, organized whole and present it up to my Christian peers (probably to be slaughtered, but oh well).
Recently, I’ve been doing a lot of thinking on Halloween. Why do I dress up and eat candy, even though many Christians say it’s evil? I decided to dig deep and figure out my reasons.

(Just so you know, I’m being completely, painfully honest in this post. I don’t mean to offend anyone, though. That’s not my purpose. I just mean to defend myself … and any other Christian who has similar views to mine. I respect those who don’t do Halloween – know some of them pretty well, actually – and I trust they have great reasons for doing so. It just so happens, I have great reasons for celebrating Halloween. Or at least I think so. 😉 )

1: To me, Halloween is more of an event than a holiday

I mean, I do dress up and walk around asking for sugar (or at least I used to; I probably won’t this year just because I don’t have any great inspiration for a costume), but … that’s about it?
We also carve jack-o’-lanterns, but just because it’s fun (except for the time my little brother cut his hand and got like … I think six stitches?), not because we want to scare of demons .

2: I don’t do bad things on Halloween

I watched a video on why Christian girls shouldn’t celebrate Halloween recently … and the vloggers went on and on about how Christian girls use Halloween as the one day a year when they can be bad.
In response to which I say … not really???
I have never once done anything bad on Halloween that I haven’t done every other day of the year. (And I say that because of course I do bad things, from sassing my parents to picking on my little brothers; Christian don’t mean perfect, y’all!) And certainly not because of Halloween!
When Halloween comes around, I don’t go out and worship demons or whatever it is that those vloggers think Christian girls do on Halloween. Where on earth did they get that idea? Halloween doesn’t make you a Satanist by default. It just makes you a Christian who isn’t affected by a holiday that has its roots in superstitious medieval people (like some Christmas/Easter traditions, by the way).
On Halloween, I’m the same old Kell I am any other day of the year.

To me, saying that just because some people celebrate Halloween in an evil way means that no one should celebrate Halloween is the equivalent of saying that because some books are bad, we shouldn’t read any books.
Because some food is unhealthy, we shouldn’t eat.
Because some water can be contaminated, we shouldn’t drink.
Also, for your information, Halloween wasn’t originally about worshiping demons … it was about scaring them away. Superstitious medieval people believed that, on the day before their “All Saint’s Day,” demons walked the earth before their “holy day,” getting their last “mischiefs” in before they were apparently banished by all the “saints.”

And they had to scare them off by dressing up and carving pumpkins.
And yes, I know Satanists and such use this as their main holiday and do worship demons and sacrifice cats and whatever … but that doesn’t mean you have to! It also doesn’t mean you have to participate in anything scary or Satan-worshipping.
All Halloween means to the vast majority of the world is a chance to dress up as your favorite Disney character, eat candy until you throw up, and (for some, though not for me) get scared a little.
What on earth is wrong with that? Except, you know, dying of over-sugar-ment …

Halloween is conveniently placed right before November … and therefore right before National Novel Writing Month.
What is the #1 Thing You Need to Survive NaNoWriMo?
I’ll give you three guesses.


No, it’s not perseverance.

No, it’s not a great outline.

No, it’s not Scrivener. (Who even told you that?)

How convenient, am I right? Almost God-ordained. (Okay, not really, but y’know … sometimes God chooses to bless us in little ways, so I figured …?)
Even if you’re not doing NaNoWriMo, candy is awesome. #caseclosed

5: I don’t feel guilty about it

My #1 reason . I’ve never once, in my deepest subconscious, had any doubts about dressing up and snatching up as much candy as I possibly can.
If I was doing something wrong, wouldn’t God be on my back about it? He sure is about my other sins. Wouldn’t I have the tiniest sliver of doubt? A little voice in my head saying, “Kell, this ain’t good, girl!”
I don’t feel that I’m doing anything wrong. I’ve even prayed about it. I’ve researched it. I’ve read any Bible passage that would shed any light of the subject. I don’t feel convicted!
But maybe you do. Maybe the very thought of Halloween feels you with dread. Listen to God! Pray, read the Bible, talk to other Christians whom you trust. It’s up to you, not to (Christian) society, to decide what’s wrong and what’s right!
(Major Disclaimer: If you’re a minor, you need to listen to your parents, but if your convictions end up being different than theirs, you can act upon them when you’re an adult in your own household. Still, if your parents are violently opposed, just don’t celebrate Halloween. It doesn’t hurt you to celebrate it … but it’s a purely selfish pleasure if doing so is going to hurt those you love – and are supposed to obey! Don’t break up a family over something so insignificant – please!)

In summary … Halloween isn’t necessarily bad. The way you celebrate Halloween can be bad. But not Halloween itself.

Halloween today isn’t about scaring demons off … or even consorting with them (unless you decide to do that, though you could do that any other day of the year as well as on Halloween; Halloween doesn’t make it easier or anything!).
Halloween is about candy. About a good, meaninglessly fun time. It’s the confirmation that you can be Cinderella or Sleeping Beauty or whoever you want to be with the right costume.
It’s sure not Christmas or Easter. It doesn’t have a deeper meaning. It’s just for fun. I don’t believe it’s helpful or wonderful. It won’t teach you anything. But it’s harmless. Kind of like (the better) modern-day kids cartoons. No real point … but no real loss, either.
Just do what God leads you to do. That’s all that matters. 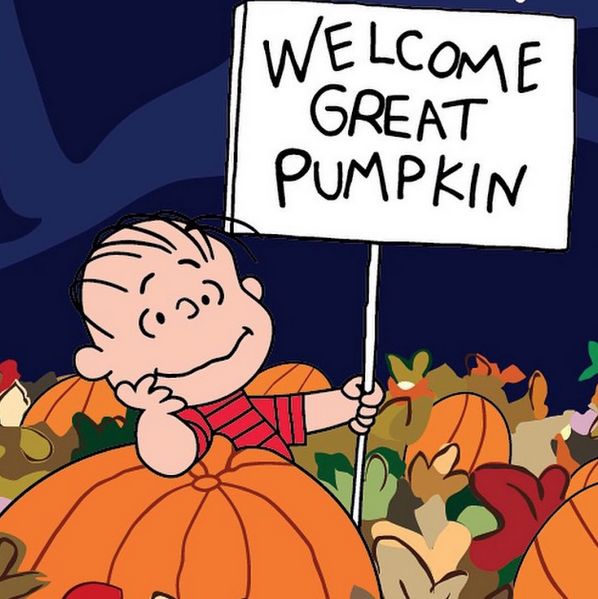 I’m reasonably sure you can come up with your answers without any questions. I bet we’ll have some *coughs* fun discussions …

This site and its contents copyright © 2018-2021, Kellyn Roth, Wild Blue Wonder Press.
Design by Kellyn Roth.
GOING SOMEWHERE?
As In Olden Days by Jesseca WheatonKell's Blog
Introducing the Characters of Beyond Her CallingKell's Blog
%d bloggers like this: