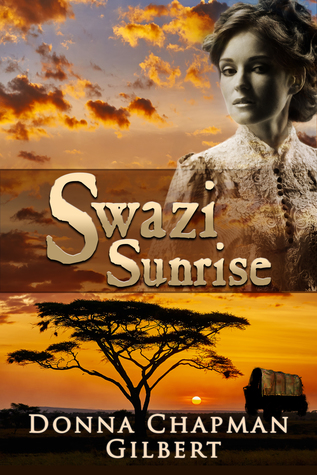 19-year-old Lula is bookish and shy. She longs for a husband and children of her own, but gives up that dream to become a missionary. Lula never imagined the life of hair-raising adventure that awaits her. Nor does she expect to meet the most thrilling adventure of all in the form of a handsome young preacher.

Harmon leaves his home in Ohio with only goal in mind—converting Africans to Christ. No one is going to stand in his way. Not even a little brown-eyed slip of a girl with a sweet smile.

Young Emely lives in fear of the snake spirits and the witchdoctor who summons them. Then she encounters a pale man who tells her she can be free from fear. Will she find the courage to defy the witchdoctor and grab hold of that freedom?

Kosa loses his standing as a Swazi prince due to the conniving of his hateful younger brother. To regain his honor and his father’s respect, he trains hard to become a renowned fighter. But he discovers that fame and fortune do nothing to bring peace to his tortured soul.

Swazi Sunrise is a safari ride into early 20th century Africa. Its vivid depiction of life in Swaziland and the trials and triumphs of pioneer missionaries makes for a highly satisfying read.

I have some confused thoughts on this book, and I’m going to try to get them all into some sort of a cognizant order, but don’t blame me if it’s a little confusing.*

Also, it has been a bit since I’ve read it, so take my opinions with a grain of salt. I had to think about this book a while before I could review it.

*I don’t know who you could possibly blame other than me, but oh well …

The plot was well-developed. As a nonfiction story, there were some limitations – the author had to abide to the real-life details, of course. I sometimes felt that it dragged, probably for that reason. It was pretty boring and a little annoying at times for that reason.
I myself don’t necessarily support the main characters’ choices. Lula Glatzel and Harmon Schmelzenbach may have felt guided to marry each other, but it sure did neither of them any good. They just suffered for it – them and the innocent children they pulled into it.
I may have totally misread the characters’ intentions, but I thought they were basing their relationship off attraction, maybe even lust, and on dreams they never got to finalize because of their decision to serve God. Maybe that was just me, though.
There were some parts that were very emotional and well-done. I won’t say more because I don’t want to give away spoilers, but … argggg these poor people!

I feel that the author did a really good job portraying these real-life people. Emely was my personal favorite; she was quite sweet, and I felt so bad for her. I hate how the witch doctors or whatever used fear to rule!
I also liked Lula (and Harmon seemed like a good guy). I wasn’t too interested in Kosa, and there wasn’t as much a focus on him as the summary would lead you to believe, anyway. His whole story seemed underplayed, but I can’t complain as I didn’t find his story that interesting.
One thing: Women Shouldn’t Be Preachers. Not by themselves and not to men. Nope. Sorry. It’s Biblical, and I just can’t support it.

I loved the description and attention to native culture, etc., as well as to lots of details about the era. It was very well-done, in my opinion.
I remember a couple slips in historical accuracy, but I have lost my original notes (argggggggg!), so I won’t lower the rating for those. And I think all y’all should assume it was perfectly historically accurate. Maybe I was wrong.

Language: n/a
Violence: I can’t remember specifically, but there was some fighting between tribes, etc. Never too gory, though. I remember an instance where a mob beat a missionary to death, few details. Illnesses and death from various wounds.
Sexual: lots of mentions and talk about childbirth, several scenes where children are born with mild details.
Other: scary demonness, witch doctors, all kinds of scary evil culture that the missionaries had to work through and fight.
Okay for most older teens. Younger teens cautioned. The main thing was the demonic and pagan culture, but that was correctly dealt with even if it was a little scary.

A pretty decent book! I don’t think I’ve ever read a book about missionaries – nonfiction, anyway – so it was new for me.