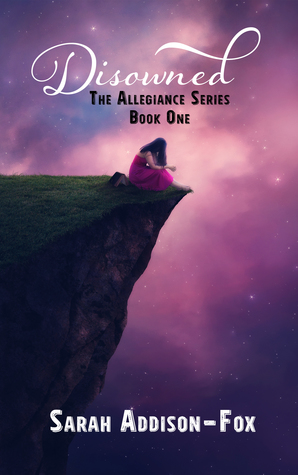 When Kyraenean slave Celeste risks her life to reach the free nation of Etraea, a country filled with technology and wealth, she unknowingly sets off a chain of events that will change her life forever.

After escaping her new owner, Celeste awakens in the home of an Etraean soldier, sworn to protect the fragile peace.

For Corporal Mick Haynes, life is simple. Follow the rules, do your job and work your way up the ranks. Getting shot and finding a wanted slave at his family’s farm wasn’t part of the plan.

When a Kyraenean bounty hunter locates Celeste, Mick’s loyalty will be stretched to the limit.

With war on the horizon, Celeste faces two impossible choices. Both securing her freedom, but both at a cost she could never have imagined.

Will Etraea provide the freedom she’s longed for or shackle her to an entirely new master?

Here I am again. Trying to put my thoughts about a truly excellent book into words. So … if this review is a little incoherent and ridiculous and includes little girl squealing … that is why.

Because when you like a book, you can easily put thoughts into words, but when you love it …? There’s really not much to say but “AGADSFASDGFASDF IT WAS SO GOOD.”
And I promised I wouldn’t be one of those reviewers, but … ADFKAJDSKFJADS HOW CAN I HELP IT???

It started out super fast-paced. I felt that it slowed down a bit in the middle, but then it picked up again, and I absolutely loved it!
The beginning was definitely my favorite part. It was just so amazing! Rarely has a book pulled me in from the first page and kept my attention so well. The backstory was woven in as it went on, and it was just … wowza. Like I said, words aren’t enough. *cue screaming*
I also loved all the little Celeste/Mick moments. These two … so cute. But they need to get together. *puts hands on hips* *glares at them*
It ended on a huuuge cliff-hanger, though! *can’t wait for book 2*

Maggie was probably my favorite. She is absolutely the most sweet woman ever. She’s an amazing wife and mother with such faith, strength, and perseverance! And she has a messed-up past which she overcame. I can’t wait to read more about her! (Also, the author said something about a possible Maggie/Ethan story? Like a prequel? I WOULD LOVE THAT.)
Ethan was a strong, lovable teddy bear. I know an Ethan in real life (my best friend’s “little brother” ), so it took me a while to shake that Ethan out of my head. I was just like, “Ethan would never do that … oh, wait, wrong Ethan …” 😛
At first, I didn’t know what to think about Mick. I was just, “Dude. If you turn her in I will shoot you. Er, you know, once I get that my passport updated for fictional worlds.” And then … he stopped being a jerk, and I started loving him.
Joe and Sadie. <3 That is all.
Annnnd, the girl we’ve all been waiting for = Celeste! Poor baby! I just want to hug her forever. THANK GOODNESS FOR THE HAYNES. BECAUSE SHE NEEDED RESCUED. ARGGGG.
(Another thing I loved about this book: realisticness of the characters – especially Celeste – reacting to the way they’d been “raised,” if you will.)

Could have used a little work here. Although I got a pretty good idea of the cultural/religious situations in both countries, which was cool … I felt like there could have been a lot more description and scene-setting.
(This is what bumped it down from 5 to 4.5 even though it was originally because of the ending, which was sudden. But I understand that now, knowing about the sequel.)
As several reviewers have commented, the farm and everything about it was so gentle, sweet, and homey. It sets the book apart from your average doom-and-gloom dystopian-type book with its beauty and perfection.
And … that is just so lovely. *is almost cry* *because nostalgia* #farmgirl Well … #ranchgirl

Love the author’s style. Just enough of everything – dialogue and action, slows and fasts, sweet and funny, dramatic and happy … really balances out well. The one thing, as I said, that might have been lacking was description … more towards the end of the book, though.

Language: about three instances of d*mn, nothing else that I can remember.
Violence: description of bad burns, wounds, etc. People die from bombings, war. There is blood and such. I don’t feel like it was too detailed/scary, but it was there.
Sexual: it’s hinted but never stated that Celeste was intended for prostitution now that she’s no longer young enough to work in the mines and that this happens to young girls often. A couple no-details kisses.
Other: Celeste was abandoned as a child by her own uncle. She’s been a slave all her life.
Okay for most teens. I’d say 14+, perhaps. Depends on the family rules, etc.
The biggest worry would be the cussing. I was a bit surprised since this is a Christian book, but it didn’t bug me that much and, as I said, was very infrequent.
The violence shouldn’t bother anyone say 14+. Maybe younger. Depends on the kid. #isverytough 😉

IT WAS JUST SO GOOD.
Okay, so, I don’t read a ton of Fantasy/Dystopian, but … this was sooo lovely.
I’d definitely recommend this book to any lover of dystopian reads that are different and exciting and yet still sweet in a beautiful way. A must-read.

Sarah Addison-Fox is a New Zealand-born home-schooling mother of two who loves action-packed, clean, fantasy with strong heroines. She has an astonishing amount of nail polish, has all her creative writing credentials shoved in a drawer somewhere, and has a husband who, after 27 years, can still make her blush. When she’s not working on both her Christian YA fantasy series’, Allegiance, or Renegades, she can be found fangirling on Goodreads or sending GIFs on Twitter.