The Innkeeper’s Daughter by Michelle Griep

Source: from Netgalley (in exchange for honest review)

The Innkeeper’s Daughter by Michelle Griep 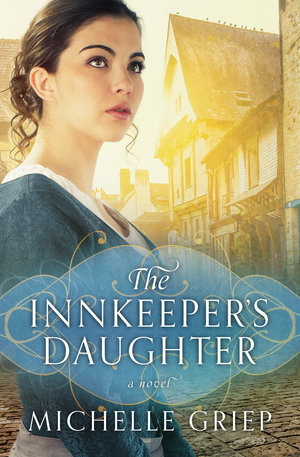 Dover, England, 1808: Officer Alexander Moore goes undercover as a gambling gentleman to expose a high-stakes plot against the king—and he’s a master of disguise, for Johanna Langley believes him to be quite the rogue. . .until she can no longer fight against his unrelenting charm.

All Johanna wants is to keep the family inn afloat, but when the rent and the hearth payment are due at the same time, where will she find the extra funds? If she doesn’t come up with the money, there will be nowhere to go other than the workhouse—where she’ll be separated from her ailing mother and ten-year-old brother.

Alex desperately wants to help Johanna, especially when she confides in him, but his mission—finding and bringing to justice a traitor to the crown—must come first, or they could all end up dead.

Overall, this was a good novel, but I did have a couple problems with it. The primary had to do with the relationship between the main characters. It seemed to be primarily based on attraction, though I think they did eventually grow a strong relationship.

There were a couple other things, some of which affected my enjoyment of the book. There were also some content issues.

Overall I did like the plot. It was a wild ride with traitors and smugglers and a Bow Street Runner and the inn almost going under and Mr. Nutbrown.
However, there were a couple problems. First, I don’t think gambling is right? Pretty much ever? Especially not for high stakes. Yet it’s never really dealt with that Alex is a pretty frequent gambler.

Also, there was a lot – and I mean a LOT – of physical attraction between the main characters. Alex acts like he’s never seen a girl before Johanna, and from the moment he meets her, he seems to think she’s the most attractive creature he’s ever met. Johanna reacts in a similar manner.

I was very surprised by the ending! I really had no idea how the plot would turn out.

The characters were very well developed. I liked Johanna a lot, though at times she was a bit stubborn, and Alex was honestly one of the coolest heros I’ve read about in a long time.

Mr. Nutbrown was a favorite minor character of mine. I wonder about his future, though … I feel that the plot concerning him wasn’t completely resolved? Thomas was also pretty awesome.

Very well done! I felt sucked up into the setting and era! I loved the feeling of the inn, the seaside town, etc.

Well done! The style was flowing and easy to understand.

Sexual: lots of attraction between the main characters, oftentimes semi-detailed, a couple kisses described in detail.

Other: disturbing scenes at a prison with lots of filth, being trapped in a small area, etc. Drinking and gambling, not necessarily condemned.

15+ for the extreme attraction between the main characters, gambling and drinking not seeming to be dealt with properly, and some mild gore.

It was an excellent concept, but there was a bit more content than I was comfortable with personally and a few plot points were left unresolved. The ending was just too sudden!