A Dozen Books Reviewed in 10 Words or Less (+An Announcement!)

What? I can’t always put out amazingly fun posts. Though I hope you’ll enjoy this one! It isn’t exactly a normal review post. It’s a collection of short reviews (with a longer review included for those who want to know more).

Also, with this post, I’ll be down to eleven reviews due! I mean, obviously I’m going to need to read through fifteen books I need to read, but whatever. Let’s call it eleven. *facepalm* Yeahhh, reading slumps are no fun!

A Bride in the Bargain by Deeanne Gist 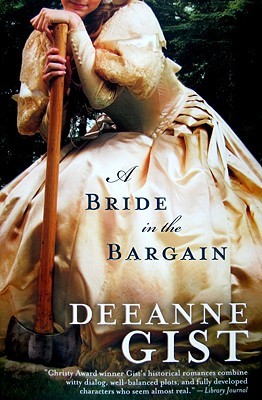 This was actually a pretty amusing novel, but there was a ton of physical attraction between the leads. Basically, Anna is drooling over Joe’s superior muscles and whatnot, and it was soooo annoying – and then there were several almost-sex-scenes between the characters (who eventually married, of course)! Also, it rains a lot more in Seattle than in this book.

Content: 4/5 for multiple references of marital relationships and a ton of lusting.

I’ll Be Seeing You by Melody Carlson 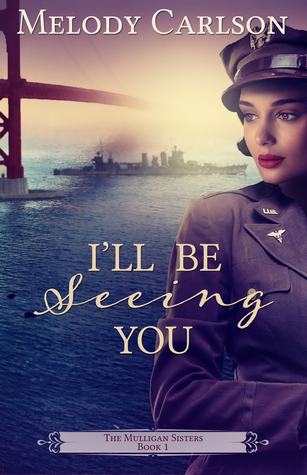 In need of editing, but intriguing plot and characters captivate!

There is no way on heaven or earth that the girl on the cover is Irish. She’s Italian or Spanish at the very least. There were several historical inaccuracies in this novel as well, and like I said, it needs a lot of editing. I did enjoy it, though!

As Time Goes By by Melody Carlson 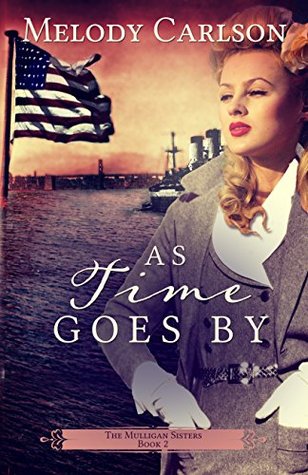 In the second book, it seemed to drag a bit, and I really came to dislike Margaret, who is an unrepentant worrier. Also, there mother is the worst mother in the history of mothers. Please grow up a little, woman, and support your family! Also, someone edit this series.

String of Pearls by Melody Carlson 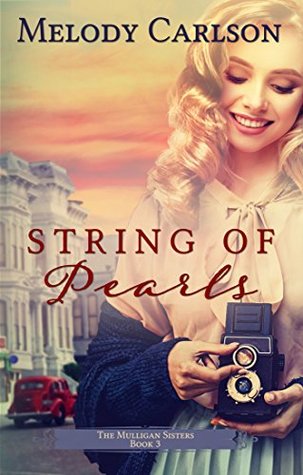 We all knew the love interest wasn’t going to die.

Okay, but honestly, didn’t we all know that going in?! 😉 In this book, Molly is perfect, Bridget is nonexistent, Colleen is constantly guilted by everyone even though she doesn’t deserved it, and Margaret worries. And the mother is still stupid. So. 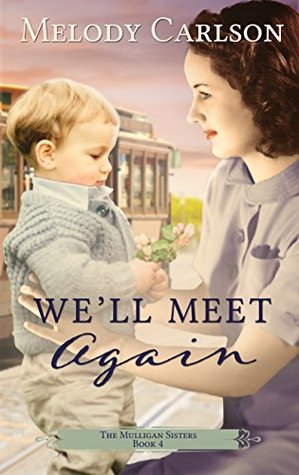 Adultery is okay, but having a male friend isn’t.

In this book, Margaret develops a friendship with a neighbor – a male neighbor – and it’s treated like she committed adultery. However, men who actually commit adultery are forgiven and the women who don’t immediately forgive them are judged and reprimanded. Uh, excuse me??? It was terribly mixed up. In addition, there was just too much unnecessary drama between Margaret and her husband – not even related to the adultery incident – and the content SOARED in this one.

Content: 4/5. Multiple mentions of marital relations/when and how a married couple had sex/etc. A character commits adultery and then talks about it when his wife, giving her a complete account of the event. It’s glossed over. Meanwhile, Margaret’s friendship with a man which resulted in no inappropriate behavior is blown out of proportion, and this is what causes the break in their marriage. Um, excuse me?

More Than a Carpenter by Josh McDowell 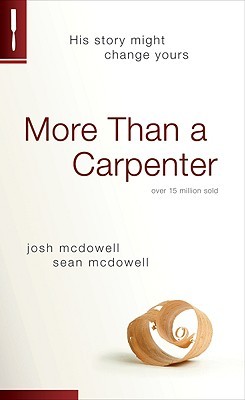 Jesus is all He claimed – and that’s all there is.

This book is the most inspiring thing I’ve read in decades. I’d recommend it to any Christian – because I believe that although faith is the only principle you can base your relationship with God on, it’s super nice to be able to say, “Hey, this is real. I’ve looked into it,” if someone ever asks you. This book is an absolute treasure!

The Fragrance of Geraniums by Alicia G. Ruggieri 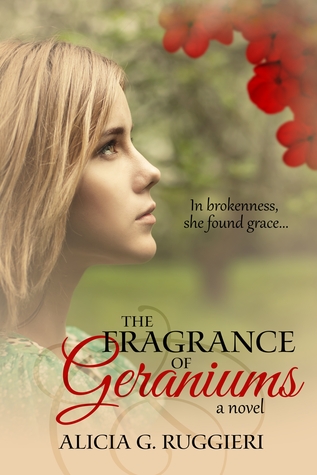 Incredible but sad story which ultimately leads to hope.

Content: Grace’s father is terribly immoral; he has a mistress who he keeps in a house right next to his home, and his family is an utter mess because of it. It was handled with discretion, but it still somewhat gritty. Not recommended to readers -16 for this reason.

All Our Empty Places by Alicia G. Ruggieri 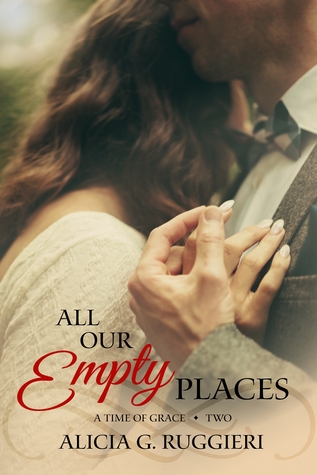 Second book just as powerful – though Sarah’s a bit annoying!

In this book, Sarah drove me wild. I understand that humans take time to adjust and learn things and stop being so dumb and stubborn, but it was just hard to take in a fictional book and soon grew repetitive. Other than that, it was pretty enjoyable, and the message was great. Only other problem was that Grace and Paulie needed to stop messing around and commit! I’m sorry, but I think they were wrong to avoid each other like that. *shrugs* They just made a mess of things!

Content: Sarah is fixated on her past, so of course that comes up a couple times.

A Love To Come Home To by Alicia G. Ruggieri 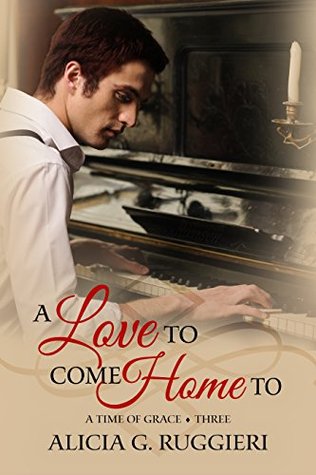 Conclusion to series is a bit disappointing, but still powerful!

I loved to see Ben’s journey, and that was pretty powerful. Unfortunately, my two favorite characters were complete idiots the whole book through and deserve to be slaughtered. Grace made dumb decisions, Paulie made dumb decisions, and it all became a mess as I had foretold when I read book 2! It got sorted, but it made it a very frustrating read! It was also a tad rushed.

Content: Some mentions of the characters’ terrible father, etc.

Baroness by Susan May Warren 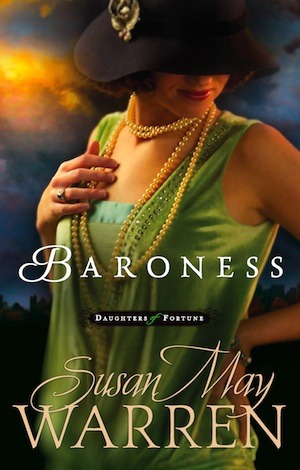 Just as exasperating as book one – and even more rambly.

I decided to read the sequel to Heiress (read my review here) against my better judgement because I owned it and wanted to see what it was like. It wasn’t an improvement upon book 1, unfortunately. Just as much drama and inappropriate content and unlikable characters. Besides, it just felt pointless and was definitely not good for the soul!

No Place for a Lady by Maggie Brendan 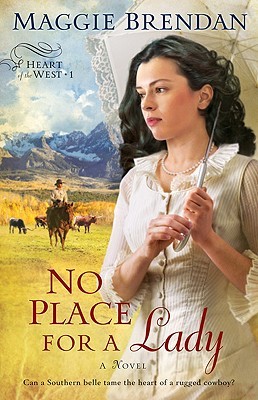 Incredibly cheesy and just a bit immature, but good time-waster.

Not a bad little historical romance, but it rambled in the middle, and it felt a little all over the place. I found it a little unbelievable what with Crystal to be so willing to join a cattle drive. Um … it takes a while to learn to ride a horse with any competence, let alone cut cattle! And I say this as a ranch-girl with a bit of experience even if we don’t own any horses or go on drives. I suppose she could have. I just doubt she would have. 😉 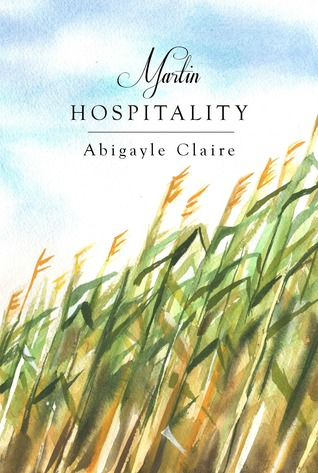 This was overall a fairly good story that was probably the best and cleanest depiction of a difficult situation (teen pregnancy & unwed mother) that I’ve ever read. However, I personally found it a little blah. The plot went on and on, especially in the middle, and I didn’t find it too interesting or suspenseful. Then the ending came in a rush, with romance that appeared to come out of nowhere.

Content: 100% clean, though it is a story about an unwed mother. Still, I think anyone over perhaps 13 could read it with ease. It’s that well-portrayed.

The gift is, anyone who has read this post, comments below, and sends me an email (kellynroth@gmail.com) including the password “My Special Gift” in the subject section will receive an ebook copy of whichever of my published books they want.

This offer is only good until Friday, so send me your email by then, and I’ll reply as soon as possible.

Because of my internet problems (more below), this ebook may be a while in coming, but I promise you will get it.

But why? you say.

Because I like giving people gifts – and because we need to celebrate the fact that REVERIES NOW HAS 854 SUBSCRIBERS AND CLIMBING!

So yes, that was really what this post was about. 😉

Just so y’all know, my internet has been down on and off since Friday and then permanently since Sunday night, so all the work I’ve been doing has been at work/the museum/the library.

Soooo … yes. Things have been super stressful and helter-skelter, but hopefully we’ll get the internet back and all will be well eventually!

Have you read any of these books? Did you like them or dislike them? Share your thoughts! What’s a book you read recently that you enjoyed? One you put down because it was too awful? One you finished but still disliked? Spill!