Well, ladies and gents, are you ready to see the complete line up of blog posts for the Faith Alone blog tour? Because I am!

We’ve got some great reviews, interviews, and book spotlights from people of all walks of life! Which I think makes it a well-rounded blog tour which gives you some different perspectives.

But before you head into the post … I’ve got some secrets I’m keeping that will hopefully be shared about shortly after or during the Souls Astray blog tour! So excited! (If you want to help, shoot me a comment below! Can’t share further info publicly, buttt … it’s gonna be awesome!) 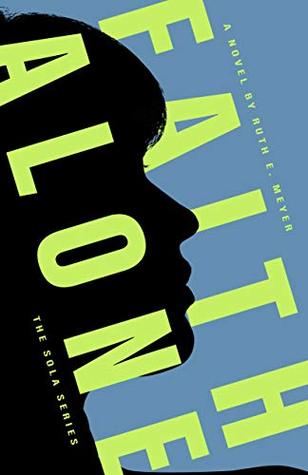 Grace Neunaber has finally found happiness. After struggling for years as a single mother of four, she’s thrilled about her newfound faith and her marriage to a strong Christian man. But as David is added to their family of five, her enthusiasm is quickly dampened by her older children’s open hostility and resentment toward their new father.

For Grace’s daughter, Faith, having a principal for a step-dad is only one of the downsides. Her parents are nosy, restrictive, and most of all embarrassing. But Faith’s issues with her parents are quickly shoved aside when she’s faced with a decision that will change the course of her future.

Each member of the Neunaber family will have to rely on their faith in God if their strained relationships are going to knit them closer together instead of tear their family apart.

Ruth Meyer graduated from Concordia University in Ann Arbor, Michigan, with a degree in church music and no plans whatsoever to become an author.

But a student of the week project for her son inspired Our Faith from A to Z, a children’s picture book. After that, it was only a matter of time before she tried her hand at fiction.

As both the daughter of and the wife of a pastor, Ruth has moved around a lot, and her experiences provide many ideas for her writing. Currently, she resides in rural Texas with her husband, their five children, and two dogs.

It is her hope that through her writing, readers are assured of God’s grace through His Son, Jesus.