The War of Ivy Introspective Continues 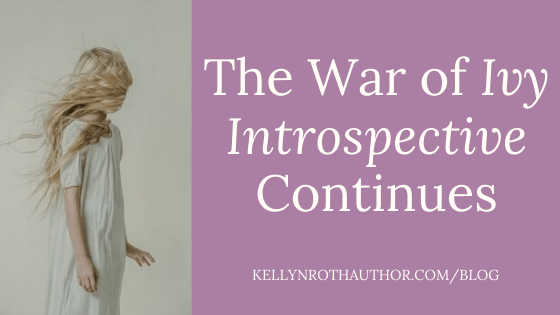 Writing Ivy Introspective feels like something that will never happen. Which is exactly why I’m going to spend this next week making it happen.

You see, writer’s block is a thing — but it’s a thing that we can fight. I might lose a battle or two, but I intend to win the war. 😛 And that kind of perseverance is both wearing and necessary.

Lately a lot of my plans tend to get derailed or delayed.

Just a little example: tonight, as I write this, it is almost eight o’ clock in the evening (almost nine as I go over and edit this, and it’ll be later when I get it out!).

This blog post was supposed to go out this morning around four.

I was a little more exhausted than I planned Friday, I got a lot less done than I would have liked, this morning I didn’t really get anything done at all except replying to emails, and then I spent most of the day at a friend’s birthday party.

Do I regret this? Not a chance! I’m sick, and I needed the rest, and then I needed to be there celebrating my friends’ birthday party.

But does that kind of battle, of choosing health and then friendship over getting a few more thousand words, still wear at me? Sure. Life is wearing. That’s reality. (Anyone who says something different is selling something.)

So now, at almost eight o’ clock in the evening, I’m typing away at this blog post with a bit of a headache, and with Bailey mumbling heart parts (wish I was joking—and oddly, it’s more comforting than annoying) on the floor behind me, and I’m thinking, “Am I really a professional?”

And stray far from my point which is—

Writing is a war.

So where exactly is this going?

I know, I know. This seems like another one of my spiral-y, crazy posts that wasn’t really meant for anything.

It’s not helpful to reaffirm that different elements of life are difficult, but that the difficulty is not over in one battle but rather a lengthy endeavor that is war-worthy.

Or perhaps it is. Perhaps it’s good for us all to acknowledge that. Acknowledge that every day is a different battle—against ourselves, against others, for God, with God—and not every one will be a victory.

But that doesn’t mean there’s not another battle. It takes a lot of battles to make a war. And I’m so glad of that because I can 100% win a war thanks to God being the master & commander—but there is no way I can fight every battle perfectly. (Especially since sometimes I don’t perfectly follow God’s awesome plans … whoops!)

Now that I’ve ranted about philosophy (ish) for a bit, let’s talk about Ivy Introspective.

An Update on Ivy Introspective

At this precise moment, as I’m writing this, I have 45,393 words in the document, but only the first 87 pages (out of 141) contain actually revised/written manuscript.

So 54 pages of that is just outline and random snippets of earlier drafts.

But I’m chipping away at it for sure … and my plan is to finish it up in this next week.

Since I’m probably less than halfway through the novel, this is a pretty crazy goal. Especially since I’m still recovering from a cold, I lack motivation, and honestly, I have a billion other things that are requiring my concentration.

But here’s the thing. Sometimes you make a nutsy battle strategy (as a writer … probably don’t do this in other areas of life or you might die), and then you try to make it work, and if it doesn’t, you recoup.

In addition, I really wanted to finish Ivy Introspective this month. It was one of my dares, after all! And I’m putting in a last ditch effort to actually make. that. happen.

Also, I’m optimistic that if I give up other things and focus in, I’ll actually be able to do this!

This, by the way, means that I will probably not get a second post out next week. I may if I have something I really want to, but more than likely I’ll just have a moment of silence for the words I’m sure to not write. 😉

And that’s my mini update on Ivy Introspective! Mostly I posted this in hope that I could convince myself to actually do it via blogging accountability—and because if you state a goal aloud (or just to someone other than yourself!), you’re more likely to accomplish it.

I’ll check in with you Saturday (not necessarily morning but I shall try!) and let you know how I’m doing!

Love Lifted Me by Faith Blum, a historical novella of 25,000 words set in Biblical times, is going on a release tour! This tour will run March 26th to April 2nd of 2020. (You can sign up with your blog or your social media!)

Signups will close March 14th, so hurry up and fill the form below before then! 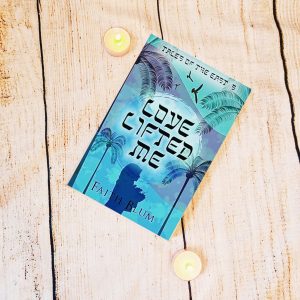 Elaheh’s brothers are lazy and controlling…

When Elaheh’s parents die, she is devastated, especially when her brothers seem to not care at all. They slowly make her help them more and more in the vineyard until she is finally forced to do all of the work plus keeping the house clean and food ready.

When Prince Solomon comes to town to hear from the people, Elaheh talks to him to see if there is anything they can do. Solomon feels bad for Elaheh and searches for weeks to find something, but can’t. So he comes up with a plan.

Will Solomon be able to rescue Elaheh from her lazy brothers? Will Elaheh survive all the work she is forced to do? Can true love come to humble foreigner like Elaheh?

Inspired by Cinderella and Song of Solomon

What do you think of little updates like this with completely random thoughts? Do I have any point or is it kinda stupid? 😛 Would you like to join Faith’s tour? 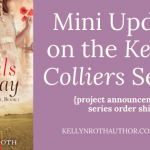 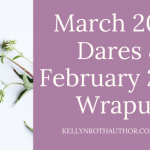