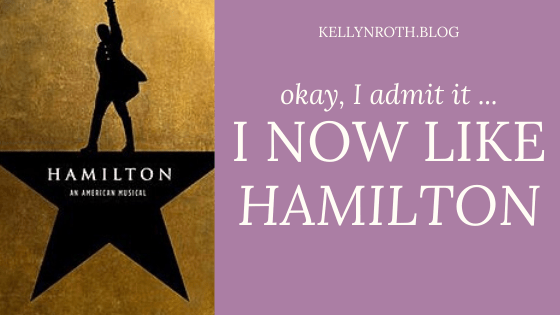 I can’t keep it a secret any longer. It’s been tearing a hole inside of me, so I’ve decided to tell you.

Er, the music. I haven’t actually watched the play (or whatever), I’m not a super fan, and I already knew all the history except maybe some details about personal lives (which I carefully double-checked against real life historical records because I’m that person – like I’m gonna take a musical’s word for any of this).

But guys. GUYS. THE MUSIC IS SO GOOD! And the story the music tells. The character arcs alone are enough to make me adore this! (I love great arcs, and I cannot lie.)

So yup. The only question I have is … WHY DIDN’T YOU TELL ME!?

I’m totally joking because everyone and their grandma told me it was fantastic, including several of my close friends, and I ignored them. I just … completely ignored them.

I’m that person who has to discover things for themself several years too late.

If you don’t know, which you should …

Hamilton is a broadway musical that came out in 2016 (??? something like that ???) and has tons of fangirls (and boys). Everyone adores it. I was stubbornly refusing not to listen to it because I don’t like popular things until after they’re cool. 😉

It’s not 100% accurate to history, it has some language (and a few crude references), but overall, it’s really good. In particular, if you’re a lover of character arcs (particularly brilliantly executed negative character arcs!), then this is for you.

Also, rapping history. I … I just approve so much.

Why did I take so long to listen to it?

Well, other than the fact that I have a sworn dislike of anything people are talking about way too much (except Frozen because I’d already seen it by the time people started liking it and then hating it) …

I hate his politics. His politics are dumb. I love Thomas Jefferson and James Madison!

And I was skeptical of him because to me, he just came out of nowhere and started messing with stuff, and CAN HE BACK THE HECK OFF LEAVE MY FOUNDING FATHERS ALONE YOU UPSTART.

I thought the play would just glorify his failings. I thought it would ignore anything bad about him and make my favorite founding fathers look bad.

I thought it would be more anti-American rhetoric.

As an anti-hero. As someone who simultaneously frustrates me and reminds me of myself, Bailey, and various others of my friends, families, and characters. (Non-Stop is my theme song.)

I get why people are so crazy over Angelica, but I definitely prefer Eliza. To me, she’s the strong character. That said, they’re both pretty epic. I love Eliza just a tiny bit more. Just … her steadiness and compassion and sweetness. I can’t even.

I love Aaron Burr, too, and Washington. And … just lots of them. The characters are well done. *clap clap clap*

I decided to write a quick appreciation post for the music, highlighting my favorite songs and offering meaningful thoughts on them.

Sound good? Good. Let’s get right into it.

Note: I shall only talk about the ones I like most. Because otherwise this would be way too long!

From the very first lines, I was like, “Yesss.” There’s just something so cool about the rhythm of most of these songs, and the chord choices, and the repeated call-backs & themes. (Especially upon relistening to it. You’re like, “Oh wow. OH WOW. OH WWWWWOOOOWWWWW.”)

By the way, let’s just have a quick note that most of these songs have some references. *coughs* So yeah, probably … older teens.

His life story is really cool, though. Like he does become a hero – but then his past issues which he forgot to properly address kinda killed him. *shrugs*

But yes, the growing excitement in this song and all the overlapping themes and just … yes. I love it. It’s the perfect introduction.

Ohhhh, the rivals! I was so excited when I saw this was the second title. (#historynerd) And it was great! It’s so cheerful, and it totally sets up all their conflict.

“He looked at me like I was stupid. I’m not stupid.”

“Fools who run their mouths off wind up dead.”

Just … something about the three sisters’ contrasted against each other (particularly Angelica and Eliza) combined with the fun beat and the longer notes that the sisters sing is just … great.

A Note on All the King George Songs

I’m not gonna talk about the King George songs at length even though they’re great because I don’t want to spend three years on this article.

You have to listen to these two back to back. I love them both … so much … so very much.

Especially Satisfied, which is oddly more satisfying to listen to than Helpless which is just … mindless cute fluff. But both of them are emotional food.

This simultaneously reminds me of half of my characters and of one of my besties, so I’m like, “You can’t miss, mate.”

It’s so … heartbreaking. Like it makes me so solemn just hearing the first lines, but also oddly inspired? How can it do both those things?

Death doesn’t discriminate
Between the sinners and the saints
It takes and it takes and it takes
And we keep living anyway.
We rise and we fall and we break
And we make our mistakes.
And if there’s a reason I’m still alive
When everyone who loves me has died
I’m willing to wait for it.

This is the one I knew from way back when. So I was already familiar with it. It pleases me greatly. It’s just … great. Greatness.

WHY ISN’T IT LONGER, THOUGH!?

This continually makes me almost cry. It’s just … so cute and sweet. And it reminds me of Kirk and Riley and Gibson and I just … I can’t, y’all. I can’t.

THIS IS MY THEME SONG Y’ALL.

Oh my gosh, guys, it’s so good! And so … just good! How didn’t I know this was a thing? Everything about it is so complicated and awesome and good.

It took me quite a bit to understand this because I listened to it late at night, and I was just sitting here like, “… French? Wot wot?”

But once I did, I really loved it.

My Dearest, Angelica is in this song, of course, and everyone’s obsessed with that. I admit it’s … interesting. We … we all do remember that he’s … he’s married to Eliza? Right? We remember that?

Eliza is so sweet in this song, though, and Philip.

Both of these physically hurt me. The line “never gonna be president now” absolutely kills me – in a good way. It’s perfect but horrible but awesome.

I know my sister like I know my own mind
You will never find anyone as trusting or as kind
I love my sister more than anything in this life
I will choose her happiness over mine every time
Put what we had aside, I’m standing at her side
You could never be satisfied, G*d, I hope you’re satisfied

And of course Burn is so, so sad. I just … I can barely stand it, and yet I listen to it over and over again. Why do I do this to myself? I don’t know.

WHY DO I KEEP READING THIS TO KEEP GETTING HURT. I DON’T WANT TO HURT. I’M SICK OF HURTING. GAH. Yet I can’t stop.

Who did this? Alexander, did you know?

Who Lives, Who Dies, Who Tells Your Story

Okay, perfect conclusion. *lots of clapping* *way too much clapping*

Let me tell you what I wish I’d known
When I was young and dreamed of glory
You have no control
Who lives, who dies, who tells your story?

And this is why I say Eliza is the real heroine (hero). She’s the one who just … she got him and yet she didn’t. She loved him pretty much unconditionally.

And she did the right thing, even given all he’d done to her (which was a lot if you look over it all).

Oh, and the orphanage! How sweet is that!?

In their eyes I see you, Alexander
I see you every time
And when my time is up
Have I done enough?
Will they tell your story?

Well, that’s it, folks. A few thoughts on my favorites!

Do you like Hamilton? What are your favorite songs? Do we enjoy any of the same ones? Why did I take so long!? 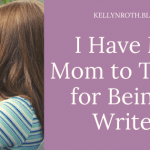 I Have My Mom to Thank for Being a WriterKell's Blog 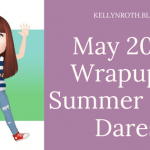