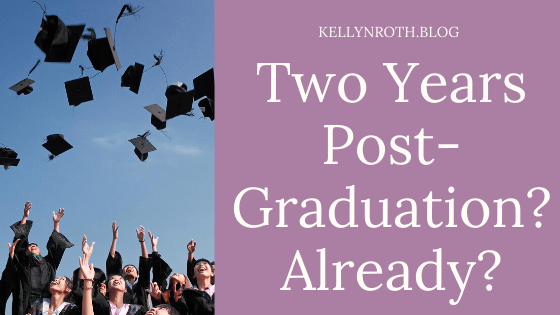 It hit me the other night …

I graduated two years ago. More than that, now, actually. I’m two years post-graduation. And what have I got to show for it?

It was a bit sobering. Since I was sixteen (almost seventeen), it feels like not much has changed. 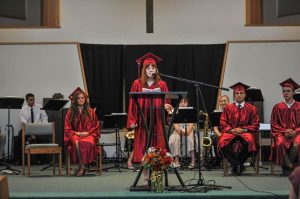 Sure, I’ve switched my second day job out a couple times, but I still have the same primary day job.

I befriended a guy (or he befriended me & then I forced him to date me for a bit but semantics), but really, that’s not something I was able to control.

I even have managed to make some small steps forward in my writing career … but are they enough?

Ah, Doubts, my old friends. Come in—and let’s have a little chat about expectations vs. reality and why you’re not allowed to destroy my reality just because your expectations were, shall we say, great? 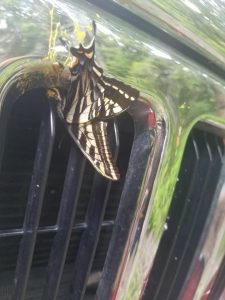 (How I feel sometimes?)

Okay, in all seriousness, I’m super glad I graduated two years ago, and I’m reasonably proud of the things I’ve done in the meanwhile. Would I make changes? Oh, yeah. But does that mean these last two years haven’t been fantastical? Not at all!

That first year I was crazy busy but also lost (& emotionally unstable)—this second year, I’ve found a new definition for busy (it’s the “please shoot me now” kind) but a great deal more purposeful. Or at least, I always know what to do with my time—fill it and fill it and fill it.

And now I’m a lot more confident in what I’m doing and where I’m going. I don’t exactly have a set in stone plan, no, but I don’t need one (because God has one I can’t alter, so why even try), but I do have some guidelines to follow. I’m happy with them, and I’m firm in what I’m doing now. 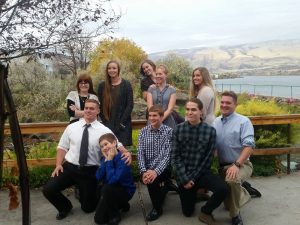 I still get the weird looks when I tell people I’m not in college or going to college, of course.

I probably look like a high school junior or senior, so the question is usually, “Are you still in high school?” and then “Oh, what college are you going to/planning on going to?”

“I’m not planning on going to college,” I respond. “I’ve been graduated about two years now.”

“Oh.” *disappointment because I’m not bein’ learned nothin’* “Well, what are you doing?”

I think, “I’m answering questions about my private life.” But I know they’re asking because they’re being caring, not because they are trying to pry. Probably I wouldn’t have even asked because I’m horrible at small talk, but that’s my problem. I think, “They’re the ones who are showing Christ to you right now, Kell. Jesus would care.”

Since they did ask, I owe them an answer, and I refuse to let it be colored by my natural (probably pre-Christ-Kell) lack of interest.  So I say, “I’m doing all sorts of things. I work a few part time jobs, but mainly, I write.”

Sometimes they ask about those jobs, but most the time they ask: “What do you write?”

“How many books have you written?”

*realizes I’m serious* “Are you published?”

Well, that’s quite a thing to be able to tell people, isn’t it? Sure, that all happened before I graduated, but it’s developed majorly since. Yes, things are going all right.

One little thing I’m grateful for right now? Jobs have always been provided for me as I needed them.

Since shortly after I turned sixteen and got my driving license (September 2017), so coming up on three years now, I’ve worked as a front office person for Riverside Gymnastics.

That job has grown to a point where I honestly know just about almost everything there is to know about running the program … and still absolutely nothing about gymnastics. 😉 Anyways, I really like it.

Other jobs? Well, in September 2018, just after I graduated, I got another job I needed—a job teaching writing through private video call lessons via the Young Writer Lessons.

It was the perfect timing because I’d just graduated, and I needed something extra to do to keep my grounded. It also allowed me some supplemental income (which I frankly needed even with the gymnastics job).

So that was a decent first graduation year.

I got a second job which I struggled with the training for. I don’t really know why, as it was somewhat similar to the gymnastics job, but maybe I’m just not meant for recording orders for fruit.

Next, I took literally as many students as I could for YWL. Schedules were nuts, but I did enjoy it!

Then my job at Riverside got a bit scary because there were some administration shifts, and I’m horrid at new stuff. (I just had to adjust; it wasn’t anything bad. It was just new stuff! And I am so set in my ways, y’all.)

Then I overloaded myself for writing stuff, tore up my sleep and eating schedules, and proceeded to ignore my mental and physical health plummeting.

This meant my spiritual health wasn’t really there at all. My home life was also very hectic for a bit there, which added to the general agony.

But it’s okay. You have to have baptisms by fire occasionally—you have to be driven to the bottom sometimes—you have to learn by pain.

I ended up deciding to leave the second job at the end of the summer, mostly because I was offered a third one … and here’s where you go, “KELL! When do you learn!?”

My mom said the same thing. You see, toward the end of August, my younger older sister (e.g. Not-Heidi-Why-Do-I-Always-Have-to-Clarify-or-Someone-Asks) asked me if I’d be interested in being a Personal Support Worker (PSW) for a little fellow named Matthias. 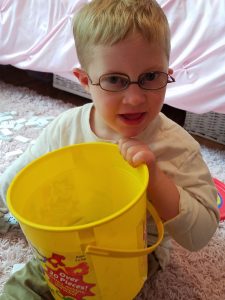 I knew Matthias and his family through various homeschool and church gatherings over the years, though my sister knew them better.

Plus, kids. Kids are great. I’ve been working with kids since I was ten or eleven when my sister (again, Not-Heidi) booted me out of VBS and made me start teaching it. Since then, I’d taught Sunday school/children’s church and AWANAs, and I’ve always looked for little ways to work with children.

I wrote in my graduation pamphlet that I wanted 13 of my own. I still want as many as God gives me, though now I’m thinking, “Okay, but maybe God will just give me seven.” 😛 We’ll see.

Anyways, I just love them, and I don’t really know why except that maybe they’re not as annoying as adults—and they’re a lot more trainable, too.

Adults are not trainable, y’all, and it’s very sad.

But back on topic. It sort of seemed foolish to consider a job when I already had two perfectly good ones. The pay was a bit better, but it came with the disadvantage of figuring out government stuff (ick).

Plus I didn’t know if I could communicate well with him. I base a lot of my childcare around clear, no-nonsense communication, and I refuse to squeal and fuss and bargain for attention. In my mind, a child should pay attention to you because you are a figure of authority—not because you are ridiculous.

The good news is … I do not have to bargain for attention because he is capable of giving me his attention as any other child would. I do not squeal and fuss because I think we have fun without a bunch of nonsense. I tell him what I want clearly, and if he doesn’t know what it is, we figure out how to learn it! 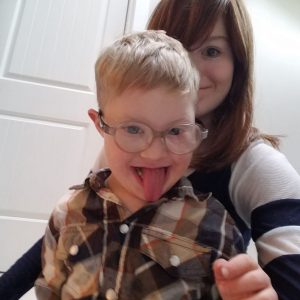 So yeah, I took the job. I’m not quite sure why I arrived at the choice to take it, because honestly I shouldn’t have, but I just decided I was going to. And I did. And it’s been awesome.

I just think I’m somehow called to work with kids in small ways. I’m never going to be a ministry head or anything—I honestly really dislike the way modern-day children’s ministries are run. I refuse to sell Jesus for a fruit snack. 😉

But anyways, that’s been a huge blessing. At first, balancing my busy work schedule and then other commitments was stressful—and it still is. However, I was able to arrive at a bit of a balance.

It still continues to defy logic a bit. I really want to focus on writing—I really want to make a success of it—and yet my loyalty to my jobs and my honest enjoyment of them means that I just don’t want to leave.

Darned emotions. How I hate thee!

Anywayyssss … Covid-19 has been fun, right?! I’m not a supporter of the shutdowns, and I’m very saddened to see the frightened and entitled behavior of Americans in general.

But since this is what happened, I’ve been determined not pout about it. I’m just going to keep on keeping on. I’ll honestly say I don’t have time to start a 1776-style revolution (not even for 4th of July!). Therefore, I’ve just got to live with the crazy state our nation is in and keep praying it doesn’t mean the Hunger Games will be starting shortly.

I’m sick of a society that tells us that our greatest goal is to be alive – to protect ourselves and others from the biggest fear – “death.”

It is not. It is to thrive in this beautiful world God has given us. It is to appreciate all the gifts we’ve been given. It is to go to bed every day knowing that we have done more than simply breathe – we have done something truly worthwhile.

I want a prosperous, free nation – not a safe, confined one.

Anyways, that was my Ted Talk. I just wanted to say that because I feel like learning that I need to thrive and not simply survive is one of the biggest lessons God is trying to nail into me.

I can’t spend the next two/twenty/two hundred years after my graduation just surviving. That’s not enough anymore – it never was. If I’m going to be living for Christ, that means living very fully.

Okay, y’all – I don’t even know what to ask you here. That was just a little 2-year graduation celebration rant. (No one got me a graduation anniversary present, by the way! *gasp* It’s almost like that’s not a real thing people celebrate.)

Also, be sure to check out the Ivy Introspective blog tour signups! 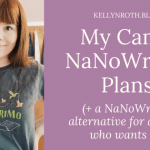 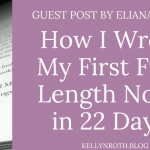