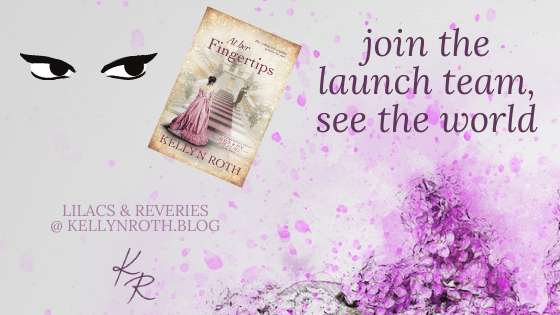 I didn’t get a post out when it happened (I feel like I’ve been being repeatedly smacked with a baseball bat this month, and I’m not doing everything I should be as a result!), but the cover reveal for At Her Fingertips has come and gone!

Here are some random pretties: 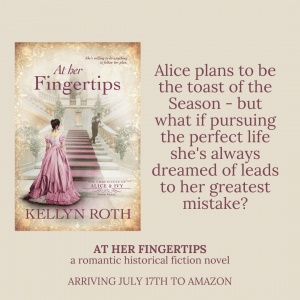 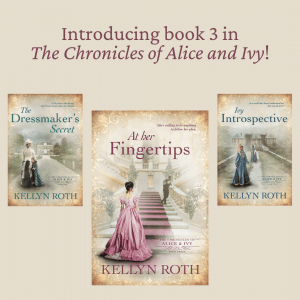 So the book is coming very soon! And I’m so excited about that. This July, I’ll have book 3 out! Again! Can you believe it?

But I had a scattering of people here ask me how I’m doing, etc., since some of my posts can be so negative (I’m whiny; I know; I’m working on it!). So I’m going to go ahead and do a random “Kell” update before I start talking about the launch team (which is frankly a bit complicated this time around).

I have been doing what is classically referred to as “hanging in there.” And yet at the same time, I’m like 100% better than I’ve ever been before in my life.

I feel like literally nothing is going my way. And I hate that! But on the other hand, that void has left me with no choice but to fill it, and in some ways, I’m doing a lot better.

I’ve written over 85,000 words in my prayer journal this year alone (more on that later!). I’ve read the Bible almost every day since the year began. I’ve been meeting regularly with a friend to pray – and I’m getting so I’m attending more and more Bible studies and other such groups which I used to hate (and sometimes still do hate, but I’m still going!). I’ve joined email lists and groups, followed pages and profiles, subscribed to a thousand little reminders and daily devotionals and just … all the things.

Basically, I’m trying to fill the huge void I constantly feel with other things. I don’t have friendships or fun activities or anything new and shiny to distract me. I don’t have a sense of happiness about anything. And that’s forcing me to decide where I’m going to put my time.

I’m also exercising more, eating a bit (okay, not much, but I occasionally try), and in general keeping better tabs on my body. I’ve cut out a lot of fast food (not intentionally, but all the same, it’s happened), too! Which we all thought would never happen. (Not to say I’m dieting, though, because my weight is fine. I’m just trying to maintain a little better now.)

My hormones have been WACK too, but I’m not yet to the place where I’m willing to care. Maybe after the next tragedy. (Yes, that is literally my whole attitude toward periods. Like, “I’m not willing to put any effort into making you better yet. So we’re just going to be fine until you literally almost kill me. Mmkay?)

So those two cancel each other out, and now I’m nothing. 😛 But that’s okay because God sure is Something, isn’t He?

Okay, that’s your update!! So now we’ll get to what this post originally promised . . .

THAT’S RIGHT! I am now opening the launch team signups for At Her Fingertips.

And I don’t mean just “those who are willing to share about the book when it launches” or “those who want to join the blog tour.”

Basically, I’m combining all my launch team events into one big group. The sign-up form explains it a little better than I do, but here’s some questions answered.

How are you organizing the group?

I’ll be using a private, safe community called Slack which allows us to have discussion boards on different topics.

I’ll add all the launch team members (except those who ask me not to in the form) to this Slack, and it’s optional participation. This means you can log on if you want – or not.

However, I would love to have as many people as possible join this Slack community! It’s supported on most browsers and also available in app form. This way, I can have more casual day-to-day conversations with people.

It’ll especially be a cool way for beta-readers, reviewers, and other early readers to chat about the book without worrying about spoiling it for the rest of the world.

And, if you’re like me and forget commitments easily, it’ll be a great form of accountability!

I’m also planning on doing some private lives and such so we can talk about the books and life and maybe, if we have a lot of writers in the group, do some sprints and other challenges. Anyways, fun times all around!

Do I have to commit to being on your launch team until July?

I know, I know. Maybe you don’t know what your July* will look like. Maybe you think it’ll be free, but you’re not sure.

Here’s the thing. I know this is a while out. So, I’m giving you full permission to sign up now and drop out later if it just doesn’t work for your schedule. (Let me know, though, if you can!)

*if you’re primarily interested in beta-reading, this whole discussion doesn’t apply to you. Beta-reading, as noted in the form, will be in March and April.

What if I think I’m busy now – but later am not?

*squints* You worded that question weirdly. But I think I get your drift.

If right now your July looks busy, but you wake up in June and realize you have nothing going on, just send me an email. I’ll let you join!

However, for the purposes of general organization, I’ll be closing up the form by the end of March.

If I join the beta-reader team, do I have to stick around until July?

No, not at all! You’re welcome to, of course, but beta-reading only lasts through the end of April. You’ll be officially off the launch team as soon as you finish up and tell me what you think.

For beta-readers, I’ll be having a simple form to fill out which will allow you to submit feedback quickly and easily, too. It’s going to be super fun!

So what does the responsibility entail, exactly?

However, whatever you want to do, this is the form to fill out to get the party started. (All the necessary details should be in that form, but let me know if I missed something.)

Remember, the Slack is entirely optional, but it’s a great communication tool for all the little things. And a good way to have a team feel while retaining privacy and not limiting ourselves to one social media channel!

If that sounds good, well, I would love to have you! Beta-readers will be in March and April while most of the launch events will be taking place in July and early August (including the blog tour).

I’m really excited about this new way of organizing my launch team! I’m thinking it’ll lead to a lot of really awesome interactions – as well as make the process a lot less stressful for moi.

Well … can you join the launch team? Also, it’s been a while, so update me on your life! And tell me – do you ever feel empty? Because like it’s a regular thing for me. And there are different ways to fill that emptiness … some better than others. 😉 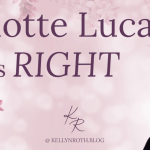