I Got Engaged (& other random updates!)

Hey folks! I haven’t written a post in a while because … I’ve gotten engaged, and I’m getting married in August (yeah, that’s not a typo) – so plainly I don’t have a lot of time on my hands.

Add to that the launch of At Her Fingertips this July, training someone to take over at my old job, and a plethora of random responsibilities … “coping” is not the word I would use. I am currently alive.

But aliveness is enough! So let’s do a quick breakdown of the last several months, introduce my fiancé Matthew, and then do some random updates. 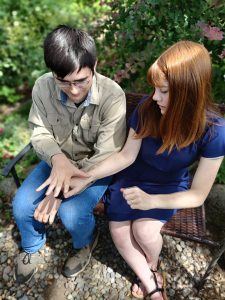 (Random story: so we tried to do engagement photos … and failed … so I ended up with like 200 bad pictures of us, which was mostly my fault … anyways, apparently we’ve got one of Mathew just covering up the ring for unknown reasons! And a lot of these photos are bad engagement photo pictures, so yup. If you’re wondering what the heck is going on, that’s what the heck is going on.)

So first of all … no, I wasn’t dating Matthew until March. Yes, we are getting married in August. No, I’m not entering an arranged marriage, experiencing a shotgun-wedding-type situation, or running away from home*. Yes, we are a little insane.

*I’ve had two separate people ask me if I have a bad home situation I’m escaping from, and I keep having to be like, “No, I’m actually the third most horrible person in my family – and they haven’t run away from me yet.” In reality, my parents are great, and save for my beliefs about independence (namely, everyone needs to work toward being independent), I wouldn’t have any problems staying here for a bit longer. Now, my siblings are all monsters, but then so I am. 😛

All that out of the way, I’ve known Matthew for a long time (our families went to church together, and I was close with one of his sisters), but we only really started noticing each other and talking last year. Mostly about politics. 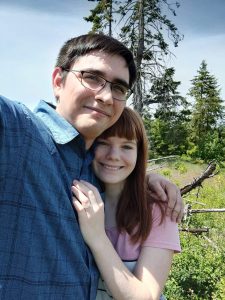 And … yeah. We decided to go for a hike, ended up having a lot (and I mean a lot) of serious talks in a hurry. And by the time we’d been dating a couple months, it didn’t really make sense to wait. So we just went ahead and got engaged. 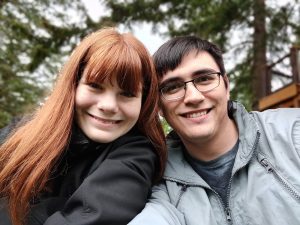 And everyone asks, “What’s your story?” and that’s all I have to tell them. I try to warn them like, “It’s not much of a story!” but they literally do not listen. *sigh* Oh well. Y’all are getting to hear that lame story now, too. 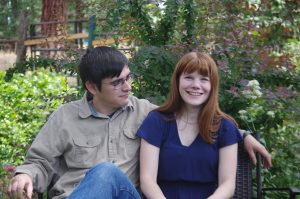 And now we gotta talk about the future, too. So we’re getting hitched in August, and that’s crazy. I’m quite busy and stressed and all that fun stuff … even with a tiny wedding (I’m going to post more about this soon, but WEDDINGS ARE AWFUL! Anyone who has had a wedding, been to a wedding, or thought about weddings is evil – we’re all evil – and I’m dead).

But we must get through the wedding to get to the part I actually care about, which is the marriage. Marriage is something I am very much looking forward to. So all this absolute painful, torturous nonsense is for a reason, at least! 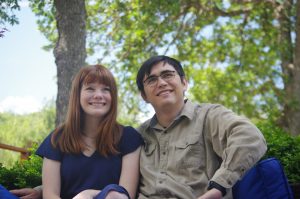 Also, about Matthew because I figure that’s something y’all would like to know. He’s an intelligent, kind, Christian guy who enjoys politics (yes, I know), cats (too much), and reading nonfiction (I … I …?). Also, he tells lots of really horrible jokes all. the. time, and I find it hilarious, but James (my lil’ bro) is really done with him. 😉

His name is Matthew, just like my uncle and brother-in-law, and similar to my Matthias, so that’s been … fun. Honestly, more amusing than anything.

Also, we see eye to eye on the nuttiness of our modern life. Which was really important to me. In the long game, we want to move to Montana, or somewhere similar, because Oregon is an utterly unbearable trash state where I could never raise children. I mean, everywhere is unbearable, but Montana is currently slightly nicer.

I don’t think I’ve ever talked to anyone who really aligned with my beliefs, goals, and intents as much as Matthew. Even Bailey (my teenagerish example for relatability) doesn’t get there.

He pays attention … and more than that, he actually listens to what I have to say and takes my word for it. I’m always having people refuse to listen when I tell them how I think or feel about something – and it’s absolutely maddening. But thankfully, Matthew doesn’t do that to me (and I hope I don’t do that to him, either!).

So yeah, he’s a good guy, and a mature one, and a smart one (which I already mentioned, but there’s nothing so irritating as stupidity, y’all … I can say that because I’m stupid myself). 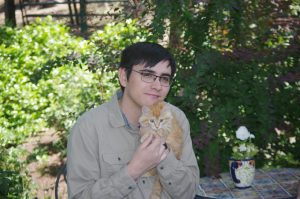 And … I don’t know what else to share about Matthew! I’d be happy to answer questions, etc., but I’m really excited for this, to say the least! And that’s why I haven’t really been “blogging” at all lately.

However, I’d like to post more! I definitely have a lot of ideas … just not so much the time to post them. After August, I’ll hopefully have a lot more time on my hands (I’ll also be working a lot less if at all at that point!), so I’m also looking forward to that.

As for other updates … 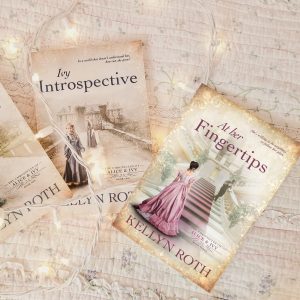 At Her Fingertips is releasing July 17th!

The street team is put together, but I’m currently assembling a reviewer team and recruiting folks for the blog tour.

If you’re interested, get in contact with me! I’d love to have you along for the ride.

This book has become such a heart project for me. Originally, during the rewrite, I was sort of done with it … but then I found its soul.

And … wow. Even during the edits, I discovered more things about it (maybe because I was starting a relationship of my own at the time, and I was just in the mood to pull more from it than I’d expected).

Simply put, I’ve had way too much fun with the themes, gotten emotional at more than one place while writing, and certainly learned a lot about crafting a good story.

I’m so glad I did this rewrite because it let me dig into every angle of Alice’s romance, from the historical era to her emotions to her choice of a husband … and I even got to dig deeper into what makes a strong romantic relationship!

I can’t wait to share this story with you in July, and I just pray I’ll be able to put as much into this launch as possible and really give back to each and every one of you for your support over the years!

I continue to clip away at my Regency romance novels and explore my virtual assistant business! Which is fun. I’m also hoping to give a speech on understanding genre at the Young Writer’s Workshop online conference … so that’ll be … fun.

Anyways, I’ve got to go now, but thanks for reading! I’ll be back as soon as I can manage with more controversial posts that get people all riled up! And some bookish talk. And some random talk. And a lot of narcissism.

Soooooo how’s everyone been for like three months? I guess I really did fall off the face of the earth. Isn’t Matthew a handsome lil’ nerd? (I say lil’, but he’s like seven feet taller than me … but then, so is everyone? #shortieproblems But he’s 6′ to my 5’2″ which means our children will be playing a game called Russian Height Roulette.)

ALSO, would you rather hear me go into a hilarious rant about weddings or should I be talking about … I don’t know … how much I hate “dog moms”? I don’t know. I’ve had a bunch of random ideas lately. I want to attack the whole bookish community, but I figure I’d better ease back into the insanity.

ALSO, I’M FORMATTING AT HER FINGERTIPS NOW, AND IT’S CRAZY!!! 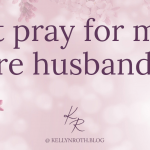 I don’t pray for my future husbandKell's Blog 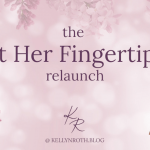