Heyyyyy, y’all! I’m back and ready to blog! Though we’ll see how long I keep at it. 😛 My new goal is to post on this blog every other week (on Wednesdays except when special events come up).

Today, I’m sharing some wedding photos, stories, and other updates of my life! It’s a bit of a wild ride, and I probably won’t be able to communicate everything, but … I SHALL TRY!

ALSO, I MISSED YOU ALL! And I missed blogging. I’m really wanting to get back into the things I enjoy about authoring, and BLOGGING is aBsoLuTeLy one of them. So let’s get to it!

Well, I got married!

Legally and before God, on August 14th of 2021, I became Mrs. Matthew Langdon! And as soon as I get some name change stuff figured out, I’ll be Kelly Lyn Langdon officially.

(Note to anyone whose curious: Kellyn Roth will always be my pen name.)

I still kind of can’t believe I’m married, and it’s been almost a month. But I am, and I’m moved into a new apartment, and I’m working on all the various things that need to be sorted.

The wedding was horrible, as I expected (I say that with utter seriousness and yet with no malice – I hate weddings – and more on that later) and the honeymoon was fun except I was insanely sick.

We had some scares with this thing, as we weren’t even sure we’d be able to get into it right up until like four days before the wedding (and we weren’t able to find anything else that would work).

I’ll be honest and say I was not happy about this place when I first went in it. I basically wanted to call it quits right then and there!

But it has turned into a cute space that actually looks vaguely like an apartment!

I’m very thankful to my parents and in-laws who did loads of hard work on my apartment, which is a converted semi-office space, to get it set up and livable. It’s actually turned out super cute!

Check out these before and after shots: 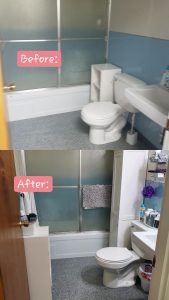 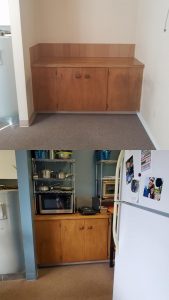 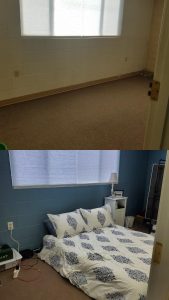 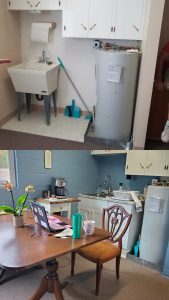 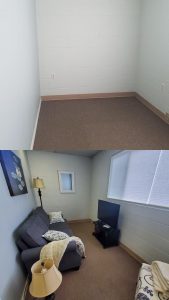 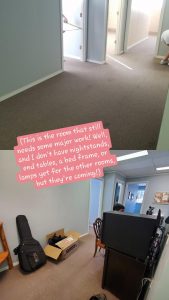 I obviously stole those from my Instagram, and we obviously were still missing a few things when those pictures were taken.

I actually haven’t taken a picture since we got the bed-frame, lamps, and nightstands, but here are a couple better pictures of the apartment: 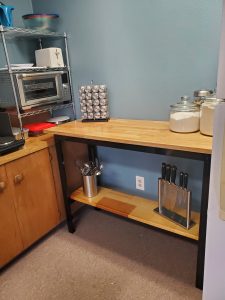 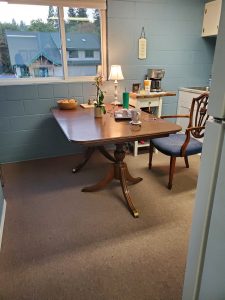 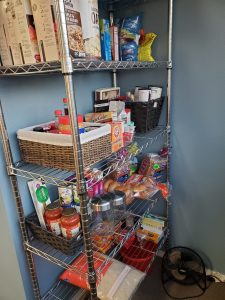 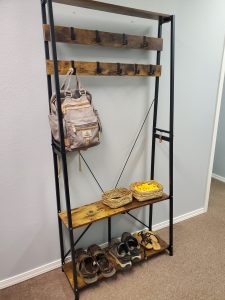 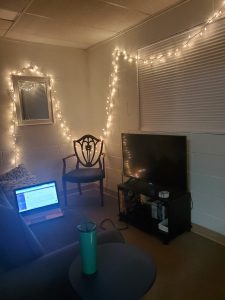 We still have a few missing pieces (end tables, for one), but mostly, it’s put together, and I love how beautiful it is!

Now that we’ve discussed my home, let’s talk about the wedding.

As of now, I’ve only got a scattering of professional early photos! But I’ll soon have more. In the meantime, here’s what we’ve got of this beautiful day! 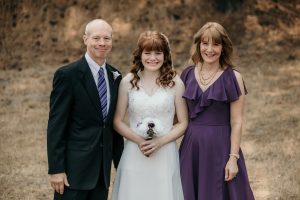 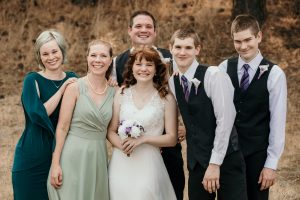 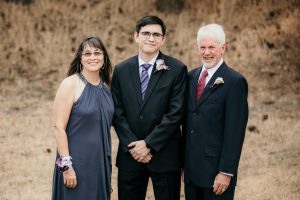 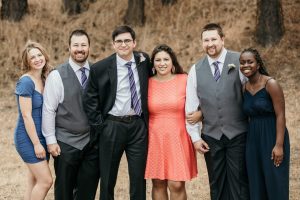 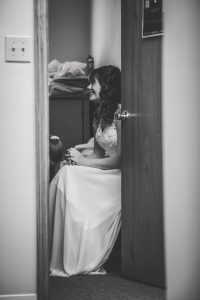 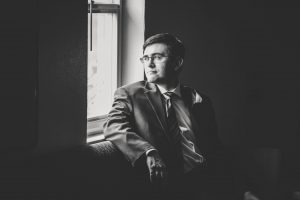 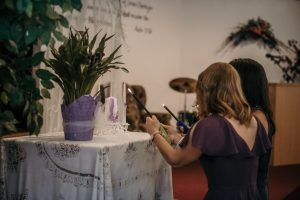 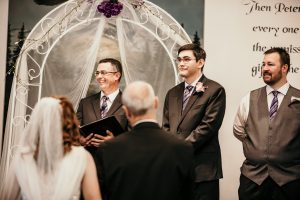 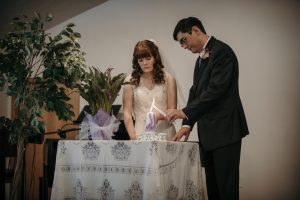 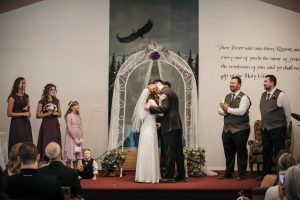 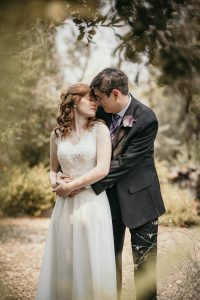 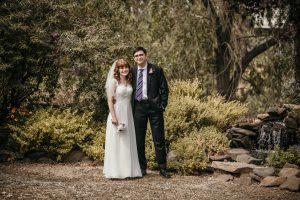 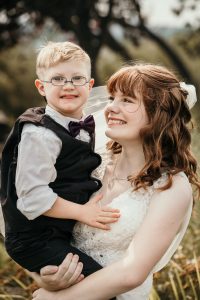 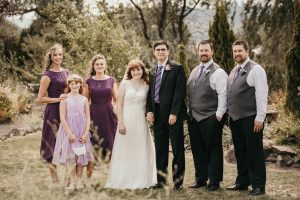 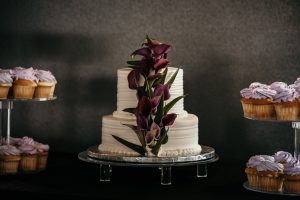 The day was beautiful. My photographer is an utter professional, and I can’t wait to see the whole gallery!

That said … I was a wreck, I felt horrible, and I of course HATE WEDDINGS. I cannot express to you how much. They’re just … everything I hate about being a woman? And about commercialism? And about the way beautiful, God-ordained things have been turned into modern nonsense trash?

Anywayyyysssss, that rant can wait for another day. I didn’t enjoy my wedding, but I’ll look back on the fact that I got married with fondness. Because marriage means a lot to me even though getting married is, in my opinion, silly and over-emphasized.

Afterwards, we went on a honeymoon.

Throughout most of which, I was sick. It was part hormones, but the other thing is that …

According to some sources (mostly my opinion and some of my friends’), my body had been so used to being sick that actually fixing some of the things that were making me sick (e.g. removing dairy, lessening the gluten somewhat, eating more of the healthy things, trying to be more careful about rest, taking lots of pills that do who-knows-what) has put my body in mild shock (combined with, of course, the stress, big changes, and so on).

And being in shock, as I am now learning, sucks. Really ready to be done with it.

That said, I’ve lately noticed some positive changes, which I’m quite happy about. In the long term, this is a good thing! Right now, it’s not fun. (If you think of it, pray that I’ll get better! Though, as I mentioned, I am a lot better now.)

That said, Montana was so pretty! And I am determined to move there some time in the future due to the politics and the whole vibe. Though, of course, it would be very hard to leave my family and home.

If you want to see pictures, check out this Facebook album! It’s public, and you should be able to view it without an account unless Facebook blocks you. I also shared some photos to my Instagram.

As a romance/relationship author, I’ve been over-analyzing everything, which is fun.

I mostly just have this need to be improving my relationship every moment of every day – – which is very bad. If you catch me doing that, be sure to squirt me with a spray bottle and tell me to go sit in the corner.

Though it’s a lot worse to not want to improve at all, honestly. I just feel, when I think about it hard enough, that it’s very important to move toward self-improvement in a slightly less goal-oriented way than I do it.

The focus should be on Christ, not on leveling up as a person. Christlikeness, not self-improvement, is the goal.

Apparently I talk down to people a lot. And it’s not best to say, “That’s because you’re dumb” in response to having this said about you.

For a while, I kept waiting for the honeymoon stage to be over and us to start fighting constantly, only to realize that we’ve never really had a “honeymoon stage,” we are already “fighting constantly” (in a manner of speaking – we have conflicts to work through every day), and I’m just so used to feeling miserable that I don’t always notice.

However, it is better than I expected, really.

Conflict and of course my ongoing issues of various kinds don’t go away post-marriage. But I knew that. And hopefully you knew that, too. 😉

However, there being more at stake has pushed me, and I actually have functioned and worked and communicated more than I would’ve expected. Granted, not a ton. But let’s have a little celebration for Kell exceeding her usual lameness in even the little ways. *confetti*

There’s so much that’s unique and good about marriage that I can’t help but feel optimistic at the end of the day.

The only problem is, of course, that I’m the perfect wife and Matthew needs house-trained.

*everyone pulls out the spray bottles*

ANYWHO, overall, so far I’ve enjoyed marriage because it has literally been less than a month, and I’ve had no time to hate it at all.

But I need to be more positive. I cast doom-and-gloom vibes wherever I go, and that’s no way to be. Just because I’m being a realist about everything (including marriage) does not give me an excuse to be a huge pessimist.

And, really, there’s so much to hope for!

Well, I’ll leave you for now. Thanks for reading!

HOW HAVE YOU BEEN? Do you enjoy this kind of update? Also, how does one incorporate rubber duckies into a blog? Asking for a friend … who rediscovered her love for rubber duckies lately …

Also, I am now a marriage expert and will be taking questions. 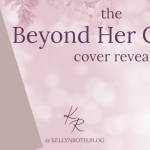 Beyond Her Calling | Cover RevealKell's Blog 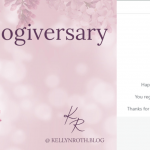