First of all, how dare you?

I always feel a little gobsmacked by the new year, but this time, it feels doubly so.

2021 was a wild year. Like, I always say that, but this time, it is so true. I have always had hopes and expectations (see my 2021 beginning post) for the beginning of the year. To quote last year’s post:

I actually am going to address some of my hopes for 2021 and how they went later in this post, because I did vaguely type some out.

2021 was a crazy year for me. I mean, I got married! Not only did I get married, but I had no clue I was going to get married until like … April. Of course the actual wedding happened in August. I was crazy busy all summer, and then August and September were crazy, then since then I’ve been bored out of my mind. So yeah.

I’ve moved out of my parents’ house, had job shifts, gotten used to being married, and … well, it’s been crazy but overall pretty good after some adjustments.

My Year in Writing

My Year in Media

2022 has some awesome things coming down the line! I’m hoping to go to at least one writing retreat – and in addition, if it happens, I’ll go to a writing conference (West Coast Christian Writers). Or I may just attend online.

I’m also excited for Year 2 of the Author Conservatory program! We have a lot of fun critique coming up, and y’all know I love critique. Also, the business side looks super fun this year! Oh, and I want to work on outlining a bunch of fun projects while I have the opportunity.

By the end of 2022, I’ll either be on the way to having a baby or be dealing with doctor appointments. Both of which are big things – one good, one not so good.

We’ll see what happens. We’re also looking for a house to rent. Once we do that, we could potentially have a dog (namely, Bonnie), which I would really appreciate.

I’ll probably add more goals later, but for now, those are the main ones! As I mentioned, I was a bit sideswiped by this year, and I’m not prepared.

However, I have time. There’s no need for anything to hurry!

I don’t usually do a word of the year, but last year, I chose “persevere,” which I really liked, and now I’m going to do it again because, even though I kind of think it’s weird, I want to do it. Besides, I like to link it to a Bible verse (last year was Hebrews 10:35-36) which I think try to work through as the year progresses!

(Past tense, because I already am sustained!)

So, we begin the year!

What did you do in 2021? What do you want to do in 2022? SAY SOMETHING TO CONVINCE ME THE TIME HAS ACTUALLY PASSED BECAUSE I CAN’T ACCEPT IT! 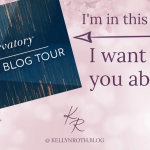 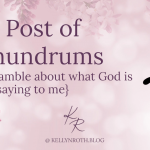