Introducing the New Characters in A Prayer Unanswered (+ ARC Signups!)

Today I have an exciting announcement—ARC signups for A Prayer Unanswered are open! And this time, I’m doing paperbacks! This link with all the info on that is here, but I’ll explain more later.

However, I wanted to do something other than just talk about the new arrivals to this series. What better way to do that than a good, old-fashioned character panel? As I did with The Dressmaker’s Secret, the characters will be chatting about their lives and answering some questions!

Specifically, these will be relatives of Peter Strauss. Note that there are spoilers for books as recent as At Her Fingertips in this post! So if you want to avoid that, don’t go any further.

Welcome to the Stage, Characters! 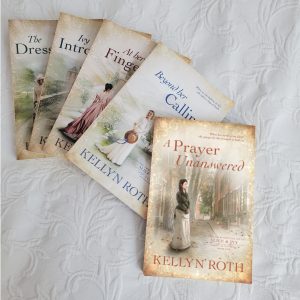 A panel of characters sit behind a long table with various beverages before them. The host, Ominous Narrator, sits in a box above the stage.

Ominous Narrator: *taps the mic* Hello, everyone! Welcome to the panel of New Arrivals to the world of The Chronicles of Alice and Ivy. Also called “the Rubyverse.”

Lilli, stirring an excessive amount of sugar into her tea: Which I suppose you won’t explain?

Ominous Narrator: No, I will not. Maybe some day. Anyways, today we have a lovely group of ladies and gentlemen. Why don’t you all start by introducing yourselves? Go left to right, please.

Essie, glaring at him for “pumpkin” and the nudge: What do I even say? 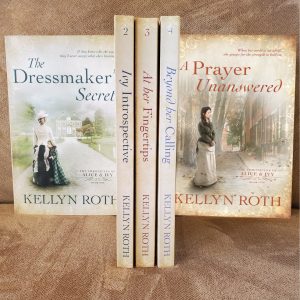 Ominous Narrator: Could you give your relation to Peter Strauss, a little about yourself, and how you figure into the story? And maybe a fun fact?

Essie: Fine. I’m his cousin. His first cousin, through his maternal aunt. My name is Estelle Elaine Farjon because my mother hates me, but I go by Essie. I’m an American first, a Virginian second, and a Frenchwoman somewhere down the line.

Essie: Shush. Wait your turn. I’m the youngest of my siblings, and I figure into the story because I follow Riley around for no reason whatsoever. I have nothing else going on right now. And a fun fact … hmm. Did you know that in some parts of Asia, elephants are used in executions?

Ominous Narrator: I meant a fun fact about yourself. 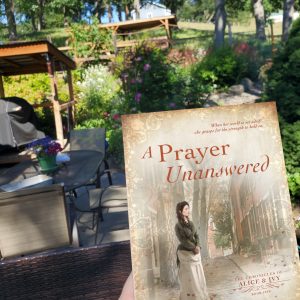 Essie: Oh. Well. I always carry a weapon. *nods at the audience* Keep that in mind.

Riley: All right, then. I’m Riley Farjon. Essie’s older brother—Peter’s first cousin and, of course, best friend. He practically adores me. I don’t have much to say about myself other than that I’m a husband and father and frankly, a wonderful friend. Fun fact: I’m the reason Peter broke his arm twice. Not proud of it, but he is dreadfully clumsy. Mads, you go ahead.

Maddie, clears throat shyly: Good morning! I’m Maddie, and this is Polly. *shifts the baby slightly on her lap* I’m Riley’s wife, and I grew up with Peter—he was practically my brother, and we’re all good friends. I don’t have any ‘fun facts’ to share, but I suppose I’ll say that I’m generally the person who reads Peter’s books first, and I’m quite happy about that. Well. Um, Aunt Lilli?

Lilli: Of course! I’m Lillian Grace Strauss, though Lilli is fine. I’m Peter’s mother. He’s such a good boy – a wonderful man, now, I suppose – and I’m so proud of him! Just seeing his life unfold has been such a blessing, and Alice, of course, is wonderful for him, and— 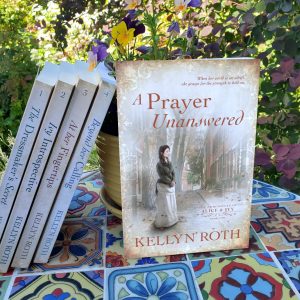 Chris: Lilli, can you just get on with it?

Lilli: Oh, all right. Well, let me think. One fun fact. I frankly don’t feel any of you have done a good job of this, so I want to do better. But just one? And how do I know if it’s fun?

Lilli: I’m thinking! Give me a moment, darling. Oh, I know! Peter was my first baby and—

Lilli: Chris, I was going to tell a story. 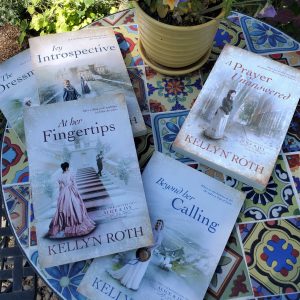 Chris: Try writing a novel. I’m Chris. Peter’s father. I’m in the book as his father. As for a fun fact, I don’t think it’s fun, but my parents immigrated from Germany when I was a child.

Lilli: I suppose you could call it fun, but—

Dahlia: Mama’s going to be mad at you.

Lilli: *sighs* I’ll forgive him, if only because he’ll have to hear it later.

Dahlia: All right. Well, I’m Dahlia, Peter’s littlest sister. Though I’m practically grown up now. I’m so happy Alice is my new big sister—because Caro has been so annoying since she got married—and a fun fact is that I have always had a kitten since I was five years old, but now I don’t have a kitten since Flick STOLE my last kitten—

Flick: It’s not my fault that Annie prefers me. 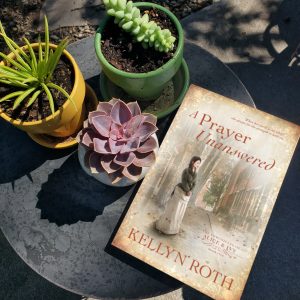 Dahlia: Hmph. *folds arm across her chest and pouts*

Andrew: My turn now. I’m Andrew, Peter’s brother. I’m in the story a bit because I’m his brother. A fun fact about me is that I work for my uncle, and while there, I only speak German. Which is strange because we only speak English at home. It sometimes can be confusing. Terry.

Terry: Right, right. Terrence Tappet. I grew up with Riley, and we tend to move around together now. Mostly because I can’t let him and Peter off by themselves or they’ll die. A fun fact is that I was always responsible for bringing Peter and Riley food because they have this tendency to not eat if unsupervised. Thankfully, Maddie keeps them fairly well-fed nowadays.

Flick: Mmhmm. All right, honey. Well, I’m Felicity Tappet, but I go by Flick. I’m Terry’s wife, and I also follow Riley around, though perhaps to a lesser degree. A fun fact about me is that my cat adores me.

Dahlia: *sticks her tongue out at Flick*

Caroline: *glares down the table at Dahlia* My turn. I’m Caroline Webster, Peter’s younger sister. It goes Peter, Andrew, Caroline, and then Dahlia, in case you’re curious. I’m married, and this is my baby, Barnie. *gestures to the child in her husband’s arms* Isn’t he sweet? And a fun fact about me—I’m Peter’s favorite.

Barnaby: *clears throat* I’m Barnaby Webster, Caroline’s husband, and this is Barnie, our baby. And a fun fact about me is that I believe violence is never the best option. Let’s move on.

Ominous Narrator: Great. We’ve got you all. Thank you all for coming on and introducing yourself. We won’t be doing a full interview today because there are so many of you, but hopefully that’ll give the readers out there an idea of who’s new on the street! Catch you all later!

Are you interested in receiving a copy of A Prayer Unanswered (book 5 in The Chronicles of Alice and Ivy) in exchange for an honest review?

Read on for information about paperbacks, audiobooks, and more!

For the first time ever, I’m officially offering PAPERBACK ARCs in addition to my normal eARCs (and audiobooks, when they’re available sometime in the autumn) for US residents.

The form contains more information about that. They are somewhat limited, and preference will be given to certain people over others.

If you’re only interested if a paperback is involved, you can check that option in the form. You can also increase your chances by reviewing on more platforms!

As Alice Strauss enters her first year of marriage—full of optimism and determination—she finds herself wholly unprepared for reality. In a new country, with a new family, she struggles to find her footing. Difficult relationships and situations batter her, but she is determined to establish a perfect life with the man she loves.

Unfortunately, perfection seems just beyond her reach. An unexpected tragedy flings Alice out of control, and she struggles to rise from the ruins. Her world is full of spinning variables and agony beyond anything she has ever experienced.

However, there is hope—in a God who loves her and a future established for her since before time began. Yet the devastation of Alice’s life seems beyond even the touch of grace.

Haven’t read earlier books in the series? That’s okay! I can send you ebook or audiobook copies so you can catch up. Remember, there’s no review deadline, so you have time!

Do you plan to sign up for an ARC? Also, do you have a favorite character from the series – and do you think book five will change that? 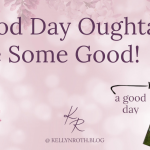 One Good Day Oughta Do Me Some GoodKell's Blog 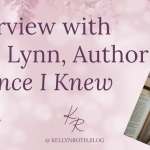